Are Joshua Jackson And Diane Kruger Finally Getting Hitched? 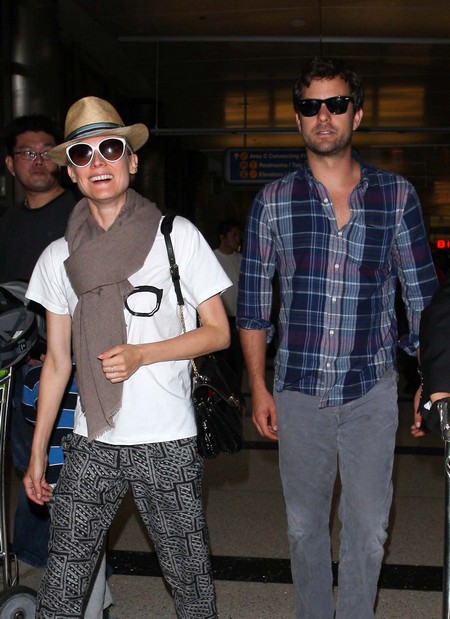 It’s been 5 years since Joshua Jackson and Diane Kruger started dating, and according to some reports it appears as though they might be finally ready to tie the knot.

Canadian born Josh, 34, and German born Diane, 35, have stated numerous times that marriage wasn’t overly important to them, however Josh seems to be having a change of heart.  At Montblanc’s 24 Hour Plays in L.A on June 16th, the former Dawson’s Creek star revealed that they might not be as far off from walking down the aisle as initially thought.

“Marriage is important for the people it’s important for, but neither one of us is particularly religious, so I don’t think there’s any particular push, but never say never! I don’t know.”

So what gives? Could Diane be the one who has changed her mind on marriage and is looking to lock down her man? In an interview with Glamour magazine back in February, the gorgeous blonde explained:

“Without sounding pessimistic, I learned that I don’t believe in marriage. . .I believe in a commitment that you make in your heart. There’s no paper that will make you stay. A guy friend of mine said, and it made a lot of sense, that people should get married at the end of the road, not the beginning.”

So does this mean they’ll be no impending wedding in the near future? It doesn’t seem that it’s on the forefront of Diane’s mind. However, Josh might have different ideas on the matter so I won’t be surprised if we hear wedding bells down the road.