Are You Ready For More Snooki And JWoww? (Video) 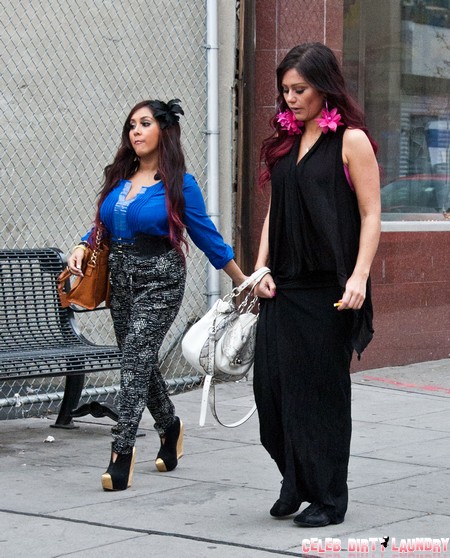 Snooki and Jwoww are starring in their own reality TV show which will be a spin off of Jersey Shore on MTV; it is called ‘Snookie & JWoww‘. Talk about Dumb and Dumber – well this must be Dumb and Dumbest.  Now I can’t believe that an extremely terrible show such as Jersey Shore would have a spinoff, especially with two of the most boring people from the show starring in it.

I don’t like Jersey Shore all that much and have watched it maybe once or twice, but I would have preferred to see a spinoff starring at least Pauly D since from what I have watched, he was extremely hilarious.

The premier of Snooki & JWoww was on June 21st. Right away in the season premier Snooki reveals that she’s pregnant to JWoww and that their lives together are about to change. Here’s a trailer of the upcoming Jersey Shore sequel, in it you’ll see a bit of JWoww’s reaction to the surprising news, she asks Snooki how it happened, duh, sex!

From what I’ve seen from the trailer, it looks like an extremely bad show from my point of view. I know many people in this world will actually watch it, but it’s just a piece of crap to me. When Snooki said “I didn’t know that I could make a baby” in the trailer, I lost all hope and faith in humanity. Can Snooki really be that dumb?