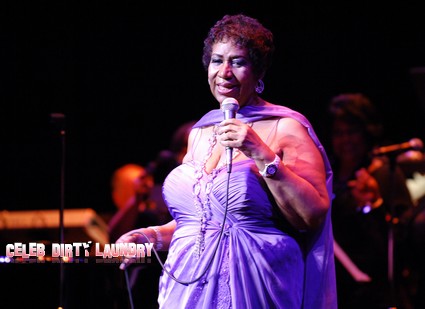 What about a new reality TV show – Celebrity Biggest Loser – this show would pit celebs who need and want to lose weight against one-another in a competitive structured environment – similar to that used on ‘The Biggest Loser.’ Can you imagine the popularity of such a show? How could you NOT watch Oprah stepping up for her weigh-in? As some of our favorite celebs would be stripping off and getting on the scale for their weekly weigh-ins the rest of use would be glued to our TV’s – eating healthy snacks of course!

CLICK HERE TO SEE ALL THE BIGGEST LOSER NEWS

An example of the star power that could be recruited for such a show is Aretha Franklin – The Queen of Soul needs more than R-E-S-P-E-C-T for her health and well-being. At over 300 pounds the 5′ 5″ singer needs to get smaller. The strain on her carrying all that weight must be brutal – not only was Aretha a former smoker, but she has also undergone surgery for pancreatic cancer.

According to The Enquirer:  Aretha refused to disclose the reason for her 2010 surgery and denied she was battling cancer. She claims to have left the health scare behind her and says she’s lost 85 pounds and feels ‘fabulous.’

Even if Aretha was lost 85 pounds, she still needs to lose another 100 or so to be healthy.

Wouldn’t it be a great idea for ‘The Biggest Loser’ to adopt the form of some other reality TV shows that have celebrity versions? It has worked for ‘The Apprentice’ with Donald Trump’s wildly successful ‘Celebrity Apprentice’ and it would work here as well.