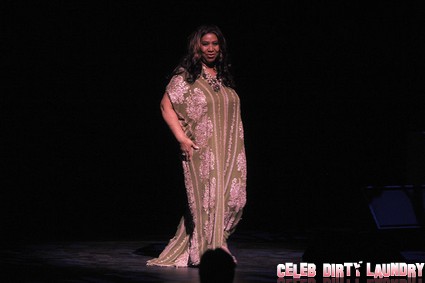 Popular singer Aretha Franklin, 69, with the big voice and body to match is set to marry her long-time companion and former fireman, William ‘Willie’ Wilkerson. The happy couple are planning to marry in the summer and are considering tying the knot on a yacht in Miami Beach, Florida.

Aretha said in a statement: “We’re looking at June or July for our date, and no, I’m not pregnant, LOL!”

Aretha has been married twice before – once to her former manager Ted White, during the 1960s, while her marriage to actor Glynn Turman ended in 1984 after five years together.

Just days after her 14th birthday in March 1956, Aretha gave birth to her first child Clarence, and just 10 months later she gave birth to her second son, Edward. With no serious relationship with either father Aretha relied upon her grandmother Rachel to raise her boys while she went off and pursued her singing career.

In 1964, Aretha gave birth to her son Teddy – her only child with first husband Ted – while her fourth boy, Kecalf, was born in 1970 as the result of her seven-year relationship with her then road manager Ken Cunningham.

The bride to be is considering Vera Wang, Valentino and Donna Karan to design her wedding dress.