Ashton Kutcher And Demi Moore Still Working Together – WHY? (Photos) 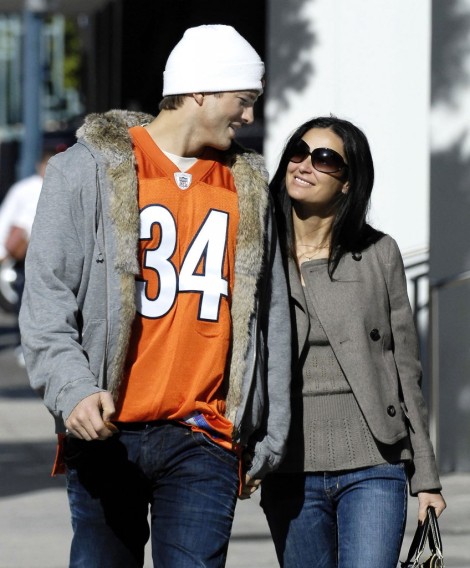 Why can’t these two just cut the cord already? Ashton Kutcher and Demi Moore have been split for over a year. He’s moved on with Mila Kunis. She’s moved on with rehab but there’s still no divorce and now we’re hearing the former couple are continuing their joint charity project. Good for them… I guess. It’s good to see the charity isn’t getting screwed by their break up. But how long does this partnership have to go on?

How can Demi really ever get over Ashton if she continues to work with him and hash out public statements? Just yesterday they released one reading: “For the past three years we have focused our work broadly on combating child sex trafficking. It has become crystal clear in our efforts that technology plays an increasingly large role in this crime and in the sexual exploitation of children overall,” Moore, 50, and Kutcher, 34, Co-Founders, of THORN, said. “We believe that the technology-driven aspect of these crimes demands its own attention and investment.”

The charity began in 2010 just a year before Ashton allegedly cheated. At least they changed the name. It was called the Demi and Ashton foundation but now it’s  THORN: Digital Defenders of Children. Good title (what movie??!).

I’m not saying the charity should be shelved but why couldn’t one of them take it over? This break is SO not clean. This wouldn’t necessarily have been a problem if the couple were over each other but I have a hard timing believing Demi is over anything. When Brad Pitt and Jennifer Aniston divorced she gave him sole ownership of their Plan B production company. They knew working together would be too difficult after everything that went down. Are Ashton and Demi blind or just naive? Is this an attempt for Demi to keep a hold on him? I hate to keep making the older, forgotten woman the crazy person in all of this but Demi hasn’t been doing herself any favors lately. Until she can prove to me she doesn’t scour the internet for pictures of Mila and Ashton every waking moment, I’ll keep assuming she’s Glen Close in Fatal Attraction… and maybe 101 Dalmatians.

What do you think of Demi Moore and Ashton Kutcher working together? Does it show they are two mature adults or do you get the feeling Demi isn’t completely ready to let go yet?

Attached – Mila and Ashton out to eat – AGAIN.