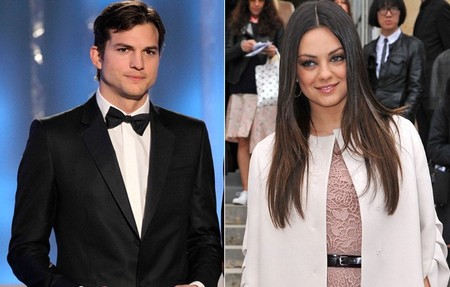 Ashton Kutcher who split from Demi Moore last November after he allegedly cheated on her – is said to have enjoyed several dates with Mila Kunis, who he starred with in ‘That ’70s Show’.

According to X17 Online, the pair have been spotted together on multiple occasions and they have both spent nights at each others’ houses.

Yesterday, Ashton and Mila spent the day furniture shopping and then enjoyed a sushi dinner at Los Angeles restaurant Asanebo, before heading back to Ashton’s Hollywood Hills home.

An onlooker at the restaurant said: “Ashton was touching Mila’s hand and Mila was all dressed up. She looked hot; this was definitely more than a dinner between friends – this was a full-on date!”

Ashton – who was married to Demi for six years – was recently linked to  Rihanna, although the romance was never confirmed.

Mila previously dated Macaulay Culkin for eight years but they split in 2010.