Ashton Kutcher Begs Demi Moore to File for Divorce — He Wants to be Freed! 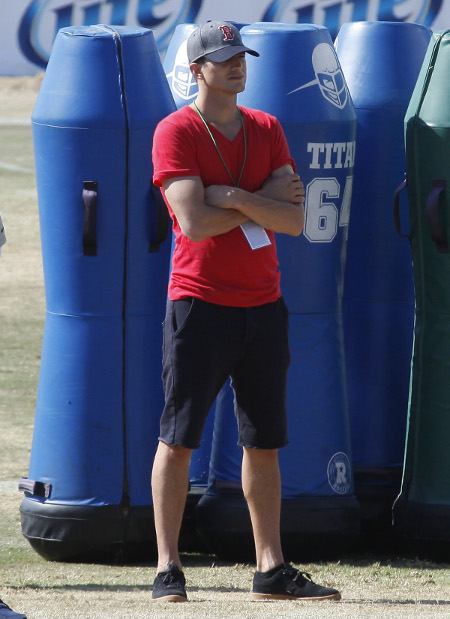 It’s really hard to be madly in love with someone while you still have a wife on the side, just ask Ashton Kutcher. Ashton Kutcher and Demi Moore split up last winter and she was a total basketcase before finally heading off to rehab. Ashton has waited for Demi to be the one to officially file for divorce and now he is pleaded for her to officially cut the legal cord. Ashton has been hot and heavy with Mila Kunis for months and this whole wife thing is beginning to really get in the way. The National Enquirer has more,

“Ashton always wanted Demi to take the lead in filing for divorce, and in her own good time,” said a source. “He didn’t press her too hard because she was going through heavy emotional distress and he didn’t want to pile it on her. But now he’s calling Demi and begging her to file, driven by Mila’s agony over being in a romance with a still-married man. It stings her that he’s fallen in love with a girl much younger than she is,” said the source. “She’s not in the mood to make things easier for him.”

Do you think that Demi is purposely holding out on Ashton? If so is it out of hurt that their marriage crumbled or purely for revenge? In the past, Demi has been honest about her obsession with aging and how getting older absolutely crushes her self esteem. Knowing that Ashton is hoping to marry and crank out babies with a hottie like Mila (who also has an equally hot career, unlike Demi as of now), can’t possibly be sitting well.

Will Demi peacefully let him go or is Ashton going to have to take matters into his own hands? Tell us your thoughts in the comments below! When will Ashton Kutcher and Demi Moore divorce?