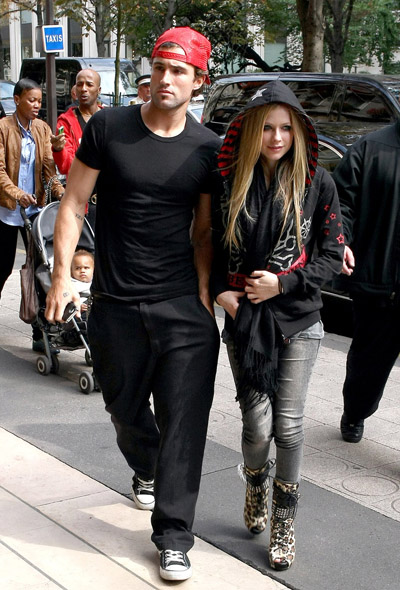 It looks like Avril Lavigne‘s relationship with her unemployed boyfriend of two years got really “complicated.”

The 25-year-old singer, who started dating former reality star Brody Jenner after splitting from her husband Deryck Whibley in 2009, has reportedly been dumped by him because he felt “held back” by their relationship, professionally!

According to US Magazine, Brody was never able to be in LA in order to take meetings and progress in his “career” as a reality television personality because Avril liked to constantly travel.

“He hasn’t worked and he wants to. They were both unhappy because he wants to have his career, she wants him to stay with her,” said a source to the magazine. “Every time he wanted to come back and take meetings to get his career back in order, she would make him go to Asia and Europe.”

However, in Avril’s defense, considering that most of Brody’s “career” as a reality star consisted of him going on dates with Lauren Conrad on The Hills, can you really blame her for not being supportive?

Still, this split may not be permanent.

“There is always a chance they will get back together,” added the insider. “Brody is trying to set the ground rules and wants to be able to work. They have to find a balance.“

Could Brody just be hoping that the publicity from his breakup with Avril will help revive his career?