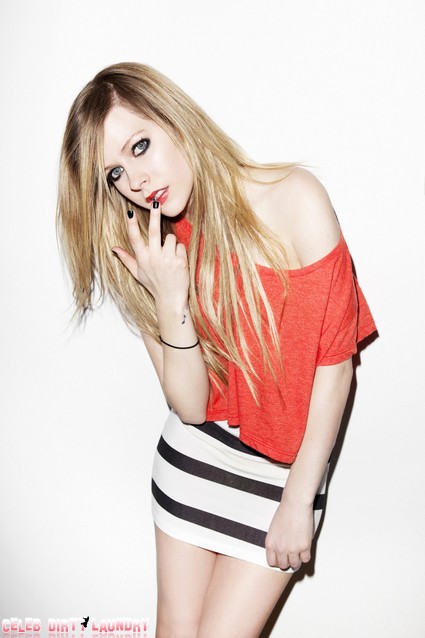 Another day, another name is linked to the X-Factor. Today it’s been revealed Avril Lavigne is gunning for a job on the judging panel.

According to TMZ the Canadian singer is determined to get herself a gig on the TV talent show. And she’s not waiting around for the phone to ring. Avril actually had her people approach the producers to let them know she’s super keen to fill one of the spots left vacant by Paula Abdul and Nicole Scherzinger. She knows there’s a lot of interest in the show and wants to jump on board for season two. It’s not like her career is keeping her busy at the moment!

Only last week one of her arch rivals was linked to the show. Celeb Dirty Laundry covered it here Britney Spears Possible Replacement On X-Factor  Janet Jackson is also in discussions to join. Many regard her as the frontrunner at this stage given her experience and time in the industry. Plus it wouldn’t hurt to have a Jackson involved. Fergie from the Black Eyed Peas has been named as well.  And who can forget that story that Simon Cowell was willing to fork out megabucks to get Beyonce to become a Judge. Whitney Houston was on the shortlist when she died earlier this month.

Avril has two major strings to her bow when it comes to X-Factor. She’s a former L.A. Reid protege and she’s already appeared on the show. The Complicated singer performed on the season one finale. She took to the stage with finalist Chris Rene. Can she beat Britney to a spot on the panel? We’ll have to wait and see…