‘Back to the Future’ Going to Broadway? 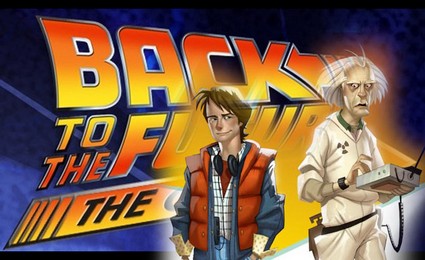 Now we’ve seen a couple of examples of cross-pollination between Broadway and film, but mostly we see it as a Broadway show turned into a movie.

Back to the Future, an 80’s classic film, still has a strong fan base, even today and this makes producers start thinking, hey maybe a stage musical version could work! To be honest, just thinking about a Back to the Future musical sounds pretty farfetched to me.  I just can’t see it being all that great, without Michael J. Fox and Christopher Lloyd as Marty McFly and Doc, I would be completely lost.

The director of the masterpiece Robert Zemeckis, is still in talks with Back to the Future co-writer Bob Gale and original composer Alan Silvestri on if they could take the story of Marty McFly and bring it on stage. There’s not much information other than that, I think that seeing the stage effects for recreating scenes from the film would be awesome to see and the scene where Marty plays the electric guitar, if they choose to put that one in.

If this does get made into a Broadway play then there going to need amazing actors to play the roles of the characters of Back to the Future especially Marty McFly, Doc and Biff.

Hopefully this Broadway adaption doesn’t encourage them to make a reboot of the franchise cause’ that would seriously be a huge let down and would piss off many fans of the trilogy, including me!