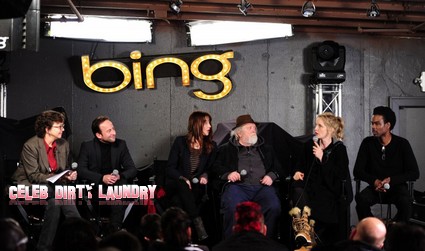 Microsoft’s Bing Bar at the Sundance Film Festival closed with a bang after a weeklong celebration of movies, music and more. A speaker series with Chris Rock and the rest of the “2 Days in New York” cast, DJ set by James Murphy, and performances by Theophilus London and Asher Roth helped close the doors at one of the hottest venues at Sundance.

Earlier in the week the Bing Bar played host to a slew of celebrities and musicians including Drake, Jason Mraz, Cobra Starship, Quincy Jones, Kristin Bell, the cast of “Lay the Favorite” (Joshua Jackson/Rebecca Hall), and much more.

At the Bing Bar, Drake fans anxiously waited almost three hours for a private performance. The Grammy-nominated rapper was severely delayed due to the blizzard that took over the Sundance Film Festival these last couple of days. Despite avalanches, road closures and plane delays, Drake finally made it to the Bing Bar and gave an epic performance that shut the house down. As the crowd waited, “Parks and Recreation” star Aziz Ansari performed some stand-up, sarcastically talking about his surprise at a rapper not being on time. The crowd was unruly as Ansari tried to get things started which led to Cuba Gooding Jr. storming the stage to get the crowd to calm down and listen. Drake finally took the stage around 1am, performing his hits and “Crew Love” for the first time ever on stage. Celebrities in attendance included: Quincy Jones, Ryan Kwanten, “The Bachelor” Ben Flajnik, Jesse Williams, Will Forte, Aubrey Plaza, Donald Faison, Angela Kinsey and Aaron Paul.  Check out the video below!