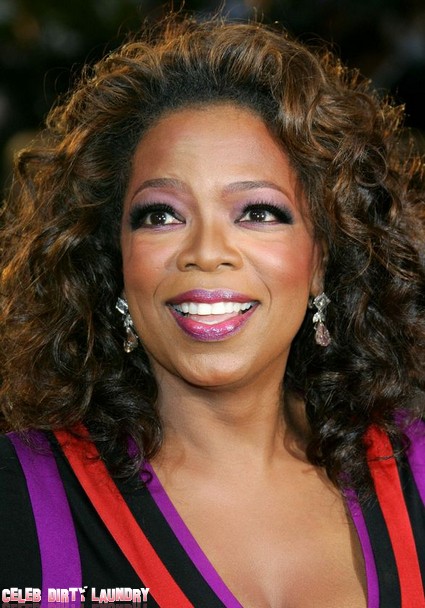 It seems only fitting that the most famous baby in the world will have the most powerful woman in the world as her Godmother. Beyonce and Jay Z are bestowing the honor on the one and only Oprah Winfrey. Blue Ivy Carter is going to be one super spoilt little girl!

According to MediaTakeOut.com the big O has become a close personal friend of the couple in the last couple of years. Bey even appeared on her talk show finale spectacular in Chicago last year. So when the decision came to choose Blue’s Godparents… Oprah was top of the list. They didn’t want a family member so the singer’s sister Solange Knowles was out of the picture. Who better than than the mighty Oprah!

Blue’s godfather is her dad’s best friend Tyran ‘Ty Ty’ Smith. Not quite as famous as his counterpart. But then who is? Hey if you already have Oprah in your corner you’re set for life. That little girl is going to be showered with gifts galore growing up!

Speaking of Blue Ivy – the almost one month old baby is yet to make her public debut. The notoriously private couple aren’t sharing any pictures at this stage despite intense media interest. There’s talk a photo of the little one could be worth up to $14 million. Beyonce and Jay Z are waiting until the time is right. But those who’ve met the bub  – like ex band mate Kelly Rowland – say she’s the most gorgeous baby they’ve ever seen. Good to see Blue’s taking after her Mom’s side of the family in the looks department!