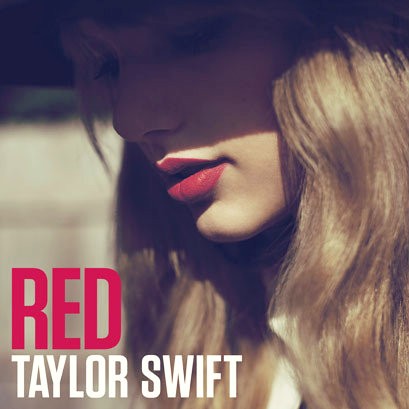 Taylor Swift, who has become infamous for writing songs bashing past boyfriends, will be releasing her new album Red in just a couple months. You can watch the 25 minute video announcement below (skip to the last five minutes to hear her new single, cleverly titled “We are never ever getting back together”) or save time and simply read the highlights of her announcement below!

Taylor has a new album coming out, two years after the release of her record breaking Speak Now. Entitled Red, the album is due out October 22nd. During a YouTube-presented chat with fans, she dished on the album, her life, and pretty much convinced us all that Conor Kennedy is fully aware of what he is getting himself into.

When asked about motivation for the 16 songs on the CD, she dished, “I ended up being inspired by a lot of really crazy sort of 0 to 100 and then hits a wall and then explodes relationships . . . .really dysfunctional and not good generally.”

Oooh, really Taylor? Pardonnez-moi, but these steamy red relationships missed our radar! Zero to one hundred? Sounds juicy! She quickly covered it up though, adding that “There were stories that I saw going on around me, whether it was a friend’s relationship or someone who I saw going through something and it inspired me . . . my world becomes a big storyboard and everyone becomes a character.”

Nice try, but I’m not convinced that an unnamed friend inspired this new single! Spill! Who was it? Joe Jonas? John Mayer? Jake Gyllenhaal ?

Actually, now that we think about it, Taylor has a thing for “J” men! Check out her new single. What do you think of her new sound? Which of her ex boyfriends are you most excited to hear about in song form? Will you listen to Taylor Swift’s new album?