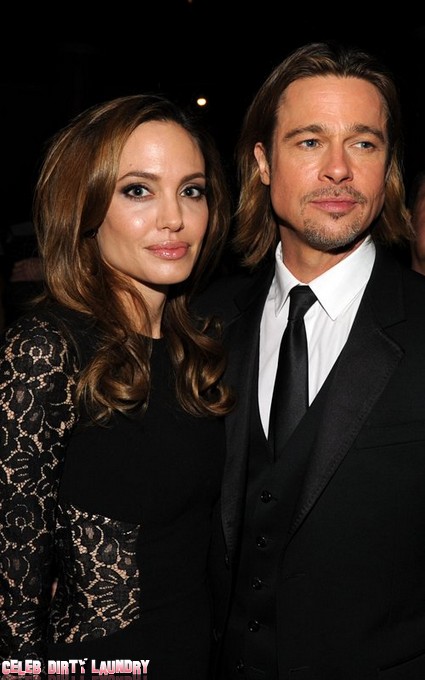 Brad Pitt and Angelina Jolie don’t want their brady bunch doing sneaky searches on the internet about their famous Mom and Dad. So they’ve censored what the Jolie-Pitt kids cans look up online.

Brad’s told German magazine Bild how they’re keeping their private lives off limits ‘On all the kids’ computers we had our names blocked. They can’t Google their mom and dad. I don’t want to make myself dependent on what other people think‘.

A lot has been written about Hollywood’s most famous couple over the last seven years. Of course they were also making headlines long before they hooked up. At the moment a basic search for Brad Pitt and Angelina Jolie comes back with 49.4 million results. Type in Brangelina and you get almost 1.3 million results. That’s a lot of stuff!

It’s almost a case of life imitating art. In Moneyball Brad tells his daughter to stay away from the world wide web after she learns there are people saying her Dad could lose his job. But in Brangelina’s case there a few darker skeletons which could be unearthed online. What about Ange swapping vials of blood with her ex husband Billy Bob Thornton or kissing her brother James Haven on the lips? Or the oh so scandalous Brad and Ange getting cosy while he was still married to Jennifer Aniston?

All I have to say is good luck with that Brad and Ange. Enjoy the censorship now because as the kids grow older you won’t be able to control what they can and can’t access!