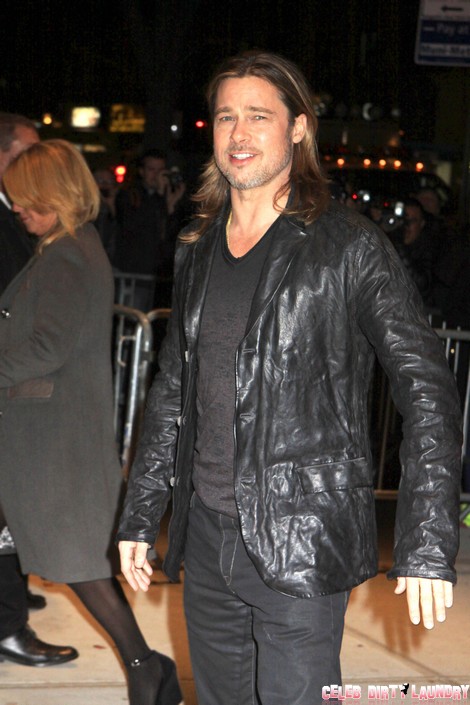 Could it be true? Could wedding bells really be imminent for Brad Pitt and Angelina Jolie?  Well, to hear Brad tell it, they’ll be making it official really soon. The actor was in New York on Monday night for the premiere of his new film, Killing Them Softly, when he spoke to the press about the possibility of getting married.

“I am getting more pressure from my kids, and it is something I want to do within their lifetime, but I also feel like the time has come. The time is nigh, it’s soon. I got a good feeling about it.”

Brad saying he has a good feeling about it happening sounds like he is still in the dark himself about details. It took seven years for the couple to even get engaged, primarily because the kids have pushed for it, not because Brad and Angie thought that a marriage was necessary. I think Brad might be ready but I think Angie will continue to drag her feet and come up with reasons to postpone any vows being exchanged. She has said in the past that she wasn’t marrying again and I just don’t think she will marry Brad, in spite of their six shared kids and better part of a decade together.  I think she is going along with the idea to appease the kids but then delaying any planning. Last we heard here at CDL, Angie was demanding that Brad lose weight before they get married.

There’s always a new condition once the previous one has been met. I just don’t think this wedding will happen, in spite of Brad’s “feeling”. Will they ever make it official and actually tie that knot? Tell us your thoughts in the comments below!

New York screening of “Killing Them Softly” on November 26th, 2012.