Brad Pitt Says Marriage Is On The Agenda 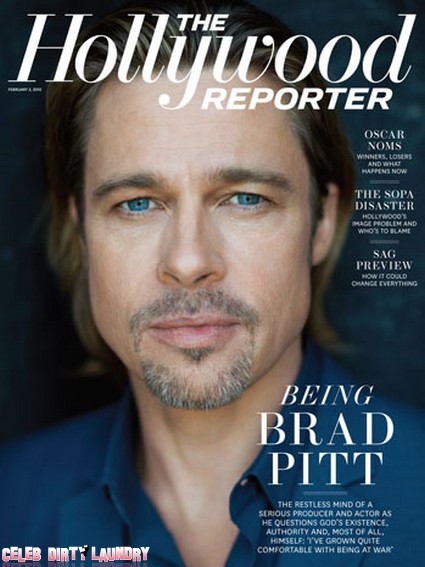 Brad Pitt and Angelina Jolie will get married this year. That’s if Brad Pitt gets his way. The Academy Award nominee says after seven years and a house full of children they will tie the knot sooner rather than later.

In the latest issue of The Hollywood Reporter the surprisingly candid Brad says a previous promise to wait until gay marriage is legalized as a show of support might not happen ‘We’d actually like to [get married] and it seems to mean more and more to our kids. We made this declaration some time ago that we weren’t going to do it till everyone can. But I don’t think we’ll be able to hold out’. That’s the best indication we’ve had yet that the one time sexiest man alive plans to make an honest woman out of Angelina!

Brangelina are no strangers to marriage. The star of Moneyball has one union behind him. He married Jennifer Aniston in 2000. It lasted five years. Angelina already has two divorces to her name. There was a shortlived marriage to actor Jonny Lee Miller in the late 1990s. And who could forget the Billy Bob Thornton hook up in 2000.