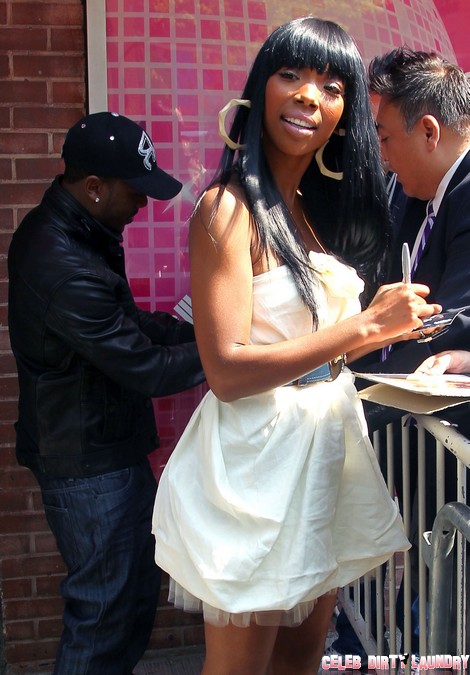 Pop singer, Brandy Norwood, was on the American Music Awards and referred to the death of Whitney Houston as 211 and saying she remembers where she was when it happened as if to compare it to 911 – the day the terrorists struck New York. Some may have been upset by that but I get the connection.

Are you frickin kidding me!

You’re comparing where you were when Whitney died to the biggest tragedy that ever struck our nation?

You know where I was? Sitting on the pot.

You know what I said, “Hmmmmm. That wasn’t unexpected.”

I’m not trying to be insensitive but I don’t think anyone had the Twin Towers in a dead pool with Whitney Houston and Charlie Sheen. Maybe she was an iconic singer but you can’t equate her death with that of over 3,000 people. Now, if 3,600 brain cells died on 911, then you could compare it to Whitney. And Bobby Brown is waaaay too stupid to be compared to a terrorist. Hell, his brain is so fried his application for suicide bomber would be rejected.

And when was the last time Whitney was relevant as something more than a punch line in a crackhead joke? When is the last time people were buying Whitney CDs? On the other hand, I’m pretty sure they were still using the ENTIRE CITY OF NEW YORK.

Look, I’m not taking anything away from the incredible talent Whitney Houston was. First, it was her legendary singing. Later in her career, she was legendary for finding crack rocks in white shag carpet. I’m not trying to dishonor the dead. But Brandy, when you say things that stupid you dishonor all those that died for you. Maybe it’s best you stick to singing and leave political metaphors to someone with an IQ above that of an aloe vera plant.