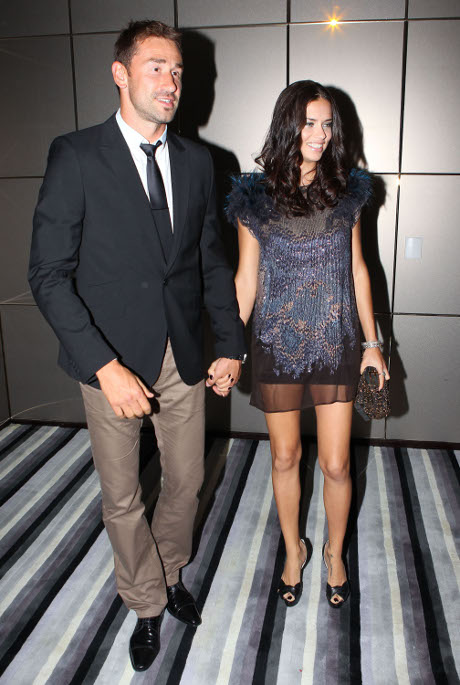 Model Adriana Lima and her husband, former NBA star Marko Jaric, welcomed a second daughter into the world and they’ve named her Sienna. The 31-year-old model and Marko have a two-year-old daughter and they say that she’s incredibly excited to share her home with this new addition and be a big sister.

“Marko and I are overjoyed to welcome Sienna into our family and Valentina is looked forward to becoming a big sister,” the model revealed on Twitter. The Victoria’s Secret bombshell married Marko back in 2006. While she may be a fantastic model, she previously revealed that motherhood is one of the best jobs in the world and that she wouldn’t exchange the feelings associated with it for the world.

“The best job in the world for me is being a mom,” she said. “I never thought I could love so much. I always thought, does unconditional love exist? Now I know it does because I feel it.” We’re glad she’s so happy with being a mother, because now she has another bouncing lil’ baby nugget to watch after. We hope the two siblings will place nice with each other!

Adriana, who is Brazilian, said that she knew she wanted to spend the rest of her life with Marko. They shared an instant connection and she felt that spark inside her that told her they were meant to be together forever. “I knew he was the one and I could see myself married to him and with a big family.” Wonder how many more the couple are planning on having? Well, congratulations on the birth.