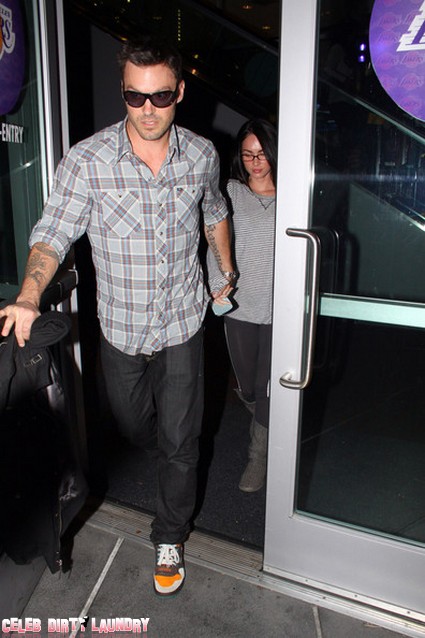 You know you’re getting old when you completely forget that there was a time when Brian Austin Green played nerdy-turned-cool David Silver on Beverly Hills 90210 (okay so it is pretty unforgettable) – but that he also dated, and starred alongside on the show, ex-girlfriend Vanessa Marcil.  Ah sorry, that’s now ‘Vanessa Marcil-Giovinazzi’, she’s now married to that sexy nerd on CSI: NY, Carmine Giovinazzi.

So anyways, Vanessa and Brian dated for several years and actually share a son together, 9 year old Kassius.  Apparently, all is not amicable between the two exes.  David Silver – ahem – Brian A. Green is suing Vanessa for borrowing and never repaying the big sum of $200,000.  Yikes!

Brian (whom is now married to Megan Fox – guy does pretty well if I do say so myself), filed papers in an L.A court alleging he lent her money back when they were dating that she promised she would pay back.  If it’s not in writing Brian…

Stay tuned on the 90210 money feud folks.  I hate to say it, but I think unless Brian’s got something solid saying the money was owed to him, he’s s#*t out of luck.  Despite documentation, surely Carmine’s fat paycheck on CSI will suffice?