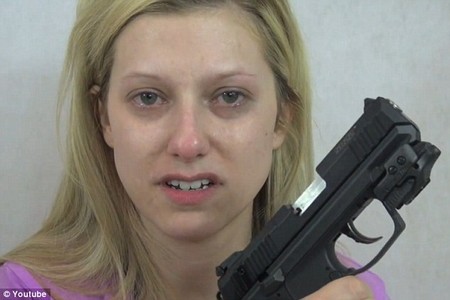 Brie Lybrand, a former New Orleans’ pageant queen and part-time bit actress, took to her YouTube page with a 12-minute video in which she chillingly and disturbingly expressed her disgust at her father’s years of sexual abuse. Lybrand’s videos are usually upbeat puff pieces about makeup, fashion, and shopping hints, but this time around, Lybrand was stripped of expensive makeup and beauty.

“My zombie eyes are in full affect. I just got an email from You Tube saying the man that raped me for most of my life subscribed to me. The man that took my virginity, robbed me of innocence, has subscribed to me on You Tube and is watching my videos. I never got to testify in court and tell him what it feels like being tied up and chained and tortured for hours when you’re four years old by your father,” she disturbingly quipped at the opening of the video.

The beauty queen fought valiantly against the emotion that hemorrhaged from her ten years of abuse as she opened up about her father’s murder attempt on her mother, Ron Lybrand. She recounted how he “beat the teeth out of” her mother. She described the incident in chilling detail, “I watched my mother in a pool of her own blood and then he came after me. Even at my age I still have nightmares that he’s coming back to kill me.”

Lybrand switched up the alarming tone of the message and challenged her father by asking, “You wanna see what kind of person I turned out to be?” The video cut to a new shot and a list of things that Lybrand achieved throughout her life, which included cheer-leading captain at high school and college graduate. However, the only achievement which she did credit to her father was her acting. She explained to the world in harrowing detail, “I think I became an actor because I had to escape my reality. The reality of the tortures of what you did. I got really good at it. I got really good at pretending I was somewhere else. Steven Bressler, when you were raping me my mind was somewhere else. I was in Disney World, or I was on a beach. Or on a swing listening to Broadway musicals. But I was anywhere except you on top of me. And I have turned that into my career.”

The emotional beauty queen’s video then took a turn for the macabre, as she pulled out an arsenal of weapons and introduced them to her father. “Let me show you my friends,” she said while removing an automatic pistol from her carry case. She then showed another pistol that she carries in her purse, and a third, pink gun that was proven to be loaded when she opened the barrel.

“I wish for your death every day,” the volatile Lybrand concluded. “You don’t deserve to breathe the same air that I breathe. When you die, I will find your grave and I’m going to take a big, heaping dump on it because that’s what you deserve. Even though I will be forever damaged because of you, you haven’t gotten the best of me… I met a wonderful man who understands, who is there when I have to cry and when I have to be upset on father’s day when I didn’t have a father. I had a monster. I had a murderer. I hope you see my face every day for the rest of your miserably life. In the end you’re going to be punished and I can’t wait. Until then, stay out of my way.”

Several critics of the video have pointed out Lybrand’s love of acting as a possible reason for the breakdown, but those in the know have denied this reasoning and said that it was much too serious to have been fabricated by the former beauty queen. All in all, the voyeuristic video gave us an important glimpse into Lybrand’s disturbed childhood. At the time of writing this article, none of the accusations were proven and/or disproven, nor were any criminal charges filed against Lybrand’s father.

What do you think? Do you think it was important for Lybrand to publically scratch open her wounds? Let us know your thoughts in the comments below. 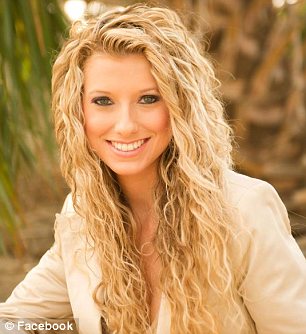