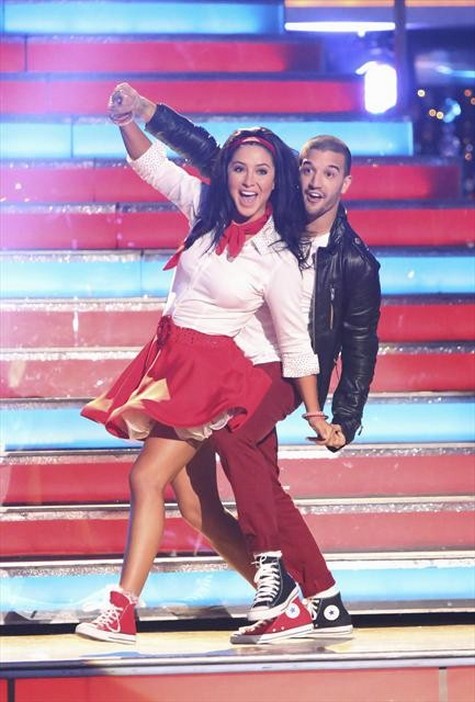 Bristol Palin, the controversial voting bloc contestant of Dancing with the Stars, was eliminated tonight amid re-firing of voting bloc rumours. The daughter of the outspoken Sarah Palin was wrecked by vote rigging rumours during her 11th season stint on the campy dance extravaganza. Palin and Mark Ballas, her dance partner, scored the lowest points, on six separate occasions, during their notorious run on the 11th season. Gossipmongers pointed the finger at DWTS and made the show one of the most politically charged reality television shows in history. The viewership figures exploded to epic proportions and Palin/Ballas scored an extremely unwelcome third place position during their season’s finale.

The Palin/Ballas pairing was met with “ooh” and “aah” by fans of the show. Several critics pointed out that they were merely brought back to be eliminated during the first few weeks, so viewers couldn’t complain anymore about the DWTS vote rigging rumours.

On last night’s show Bristol Palin and Mark Ballas danced a Rock & Roll routine chosen because of being the last style on the list.     The judges gave them, once again, great critique. Bruno said that Bristol was “hitting all the steps” and Paula said she did a “good job”. All of the judges gave Bristol and Mark a score of 8, for a total of 32 points, the second lowest score of the night. They are still stuck at the bottom of the overall leader board with 84 points. If Paula Abdul’s scoring were to be removed, Bristol and Mark would have scored 24 points, their highest score of the season.

Were they eliminated due to loss of interest in the show? Did their voting blocs up and leave? Were they merely used as a ploy by producers? Did their elimination merely cement the fact that the producers were trying to undo past mistakes? Our lips, thoughts and imaginations are sealed, but one thing is for certain, Bristol Palin and Mark Ballas sucked worse than an octopus with anxiety during their second and final run on the campiest reality television show in history.