Bristol Palin’s FINALLY Eliminated From Dancing with The Stars All-Stars, Were You Surprised? 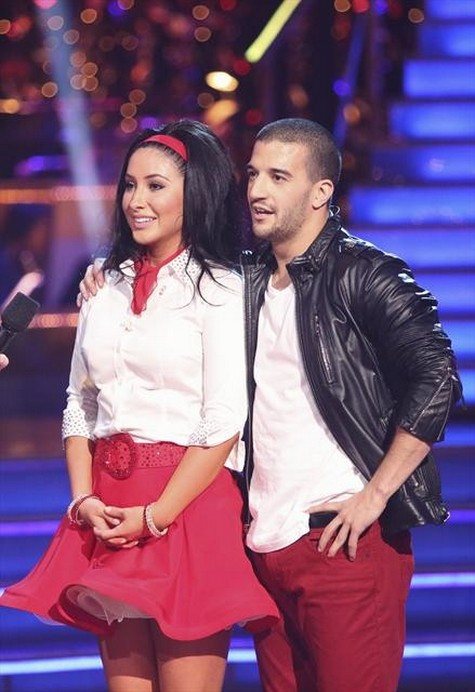 Bristol Palin was finally booted off DWTS’ All-Stars season during last night’s elimination. The controversial daughter of Sarah Palin exited the show to the sound of jubilatory DWTS fan celebrations, because her stay on the show not only divided viewers along political lines, but also scarred the reality television landscape beyond recognition. Palin and Mark Ballas, her professional partner, kept the American audiences captivated during their first run on the show back in the 11th season. They received some of the lowest votes of the entire series, yet they were still able to burst forward like a freight train on glitter tracks and red Dorothy shoes.  Their stay on the 11th season caused one of the biggest uproars in modern day reality television. There were rumours of vote fixing, voting blocs and the tuning out of thousands of DWTS fans. Bristol Palin, like her mother, brought the television world to a standstill.

Bristol’s inclusion in the All-Stars season of the show was a no-brainer. The pearly gates of campy dance routines and Vicks plastered smiles creaked open and allowed her inside for a final shot at the win. The heavily publicized season premiered on the 24th of September and was the first season in the history of the show to allow fractional (0.5) scores. The first week saw Bristol and Mark place third from last, behind Kirstie Alley and Maksim Chmerkovskiy and that week’s eliminated couple, Pamela Anderson and Tristan MacManus. The first episode launched the familiar whispered rumours and the witch’s brew of gossip – was Bristol going to survive until the finale? Why did it feel like déjà vu? Was she going to be voted off soon?

The second week’s airing brought the Bristol Palin controversy to the forefront, when Bristol and Mark received the lowest score of the night, yet they still (unbelievably) managed to survive the elimination. Fans were gearing up for a full out war and rumours of vote rigging swirled like the storm of the century over the DWTS production HQ. Fires were being lit under producers and the show scrambled to put out the raging blazes of half-truths, untold truths and production secrets. We were privy to ludicrous conspiracies, political division and an unjustifiable Bristol Palin support system. The third week we experienced exactly the same, as Bristol and Mark were kept in the competition at the expense of Helio Castroneves/Chelsie Hightower and Drew Lachey/Anna Trebunskaya. Four couples fell, but luckily for future celebrities and the integrity of the show, Bristol’s head was severed during last night’s elimination episode. Ironically, Bristol and Mark did not receive the lowest score of the night, Kirstie and Maks did.

Eight couples and six weeks remain in one of the most exciting reality television season of the year. The drama, dancing and disasters creep into each week’s episode like that kid who turned into a serial killer and ran away with Ted Bundy’s biography. What will become of this popular dancing show? Did Palin’s elimination cause a rupture along the fan lines? Do you think she deserved to go? Let us know your thoughts in the comments below.