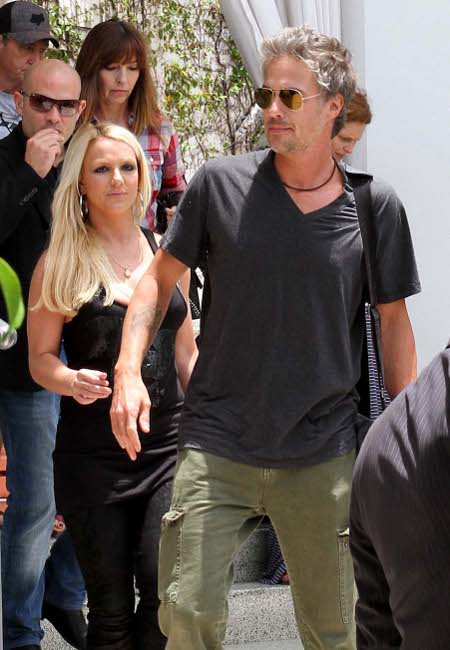 Britney Spears is one of those celebrities who just can’t seem to catch a break, and now she’s preparing to undergo an arduous trial with her former manager, Sam Lutfi, who is suing her and her family for allegedly breaching contract, libel, and defamation for comments made by Brit’s mother. Things are getting toxic for the pop princess. The trial will supposedly last 3 weeks, and nearly everybody in Britney’s life is scheduled to testify, including her fiance and current co-conservator, Jason Trawick.

“Britney was hemorraghing money at the time when Sam Lutfi was in her life and acting as her manager. Her estimated net worth in 2007-2008 was $32 million dollars. However, she was spending about a whopping $700k a month,” a source close to the situation informs Radar Online. “Britney also had huge legal bills because she was fighting her ex-husband, Kevin Federline, for custody of their two sons. She probably paid around $2 million dollars in attorneys’ fees to her family law attorneys in just a year and a half, and remember, she ended up losing custody of the boys to Kevin. Britney also leased several very high priced rental mansions in Malibu, including one house that she only spent three nights in!”

Britney reportedly has $32 million dollars in assets; however, with her current X-Factor deal, Britney Spears’ net worth is suspected to be much more than that, coming in at approximately $100 million. Wowza! No wonder Sammy boy wants a chunk of this change. Britney has gotten her financial life somewhat under control now, and it’s common knowledge that Sam wasn’t a positive influence or successful in making sure Britney was responsible with her money.

What do you have to say on Britney Spears’ money problems? Let us know your thoughts in the comments below, and also tell us how you think this trial is going to pan out. The source wants us to remember that there was no formal contract between the two (which seems a bit weird to me) and that it was simply an oral agreement.