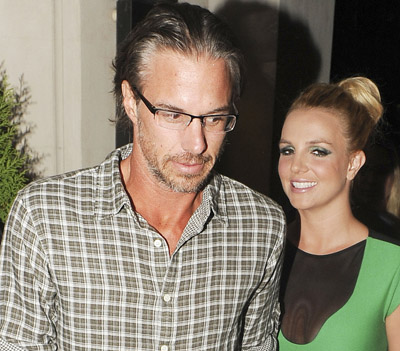 It looks like it will be a very memorable and romantic Valentine’s Day for Britney Spears and her husband-to-be Jason Trawick this year!

According to X17, the two are planning a February 14th wedding in Hawaii and although there’s no word on theme of the wedding (or whether it was be a slightly more classy affair than her southern BBQ-themed wedding to Kevin Federline or her Las Vegas elopement to friend Jason Alexander in 2004,) it sounds like Britney’s father, Jamie Spears, is planning on giving her the best wedding gift of all!

Reportedly, Papa Spears is planning on asking a court to give the 30-year-old pop singer control over her finances again and to lift the conservatorship that was put in place after Britney’s very public meltdown in 2008.

“Jamie wants to go to court in early February so Britney will be a free woman in every sense when she marries,” said a source to the site.

It looks like Britney’s family is counting on her new husband to keep her away from any bad influences like her shady, one-time manager Sam Lufti, who might try to interfere with her life again.