Britney Spears Walks Off The ‘X-Factor’ In Absolute Disgust 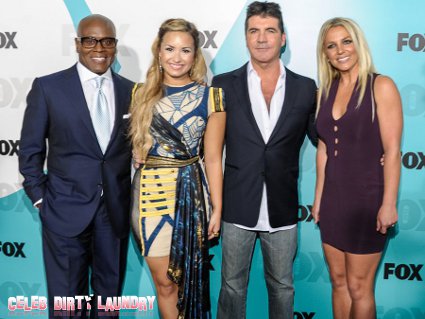 Britney Spears has the ability to breed drama . . . and CDL has just learned via TMZ that Britney Spears walked off the X-Factor set in complete disgust after a contestant allegedly butchered her famous song “Hold It Against Me.”

After walking off the set, Britney did not come back immediately and four contestants had to perform to the remaining judges and an empty seat.

Britney Spears walked off the set of “X Factor” moments ago … and according to several people in the audience, she was upset after a contestant butchered her song, “Hold It Against Me.”

Britney did not come back immediately … and four contestants auditioned in front of the remaining judges … and an empty seat.

People linked to the show are saying that she just “needed a break,” but we won’t be surprised if that “need” was sparked by her immaturity and inability to remain composed in a less-than-pleasant situation. What do you think of Britney being a new judge on the X-factor? Good idea or not? So far . . . looks like we’re off to a rough start.