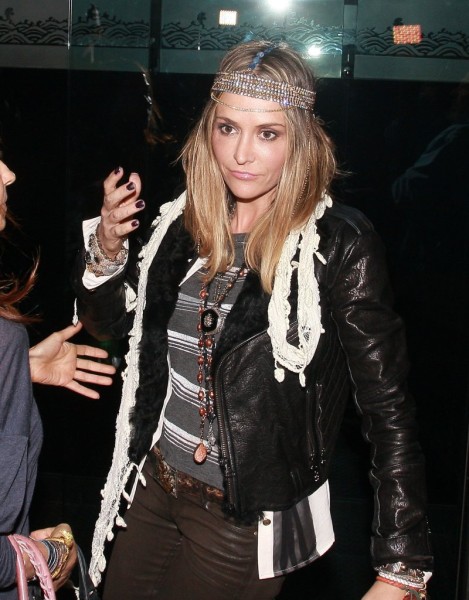 Too bad her family doesn’t even believe her.

Drama prone celebrity, Brooke Mueller was rushed to the hospital Friday morning in a suggested drug overdose. It wasn’t too much of a stretch to believe considering all the drug issues Charlie Sheen’s ex wife has been through but naturally today Brooke is proclaiming her innocence. She says she did not have an overdose but rather was suffering from exhaustion and dehydration because she was making jewelry nonstop. And before you check the headline again, no this is not Lindsay Lohan though it does sound a lot like her.

What? You mean you still don’t believe her? Well she’s got the evidence to prove you wrong! She told Radar Online that she’s going to obtain the records from the hospital that show she was not on drugs at the time. I won’t hold my breath for them.

“An assistant thought Brooke was non-responsive while she was napping and hastily called an ambulance,” her spokesperson, Steve Honig said. “As a precaution, Brooke was brought to a local hospital and discharged after an hour. She was diagnosed with exhaustion and dehydration and is now fine and resting at home. That’s it.”

That’s never it with Brooke Mueller but fine, say what you need to say. Brooke’s still on probation so she obviously can’t say she’s still using because that would mean jail time. So she’s taking from the Lindsay Lohan School of Unaccountability and using the whole “It’s my assistant’s fault. I was in such a deep sleep she just couldn’t wake me up” and when that doesn’t work DENY, DENY, DENY.

You still don’t believe her? Well, you’re in good company. TMZ says even her mother is beginning to express some concern. Good job on finally waking up and realizing your spoiled 35-year-old can’t handle her shit.

Do you believe the Brooke Mueller overdose story or are you just having a hard time wrapping your head around someone exhausting and dehydrating themselves over jewelry making?