Brooke Shields Pays Homage To Her Mom, “I Loved Her, I Laughed With Her, and Respected Her” 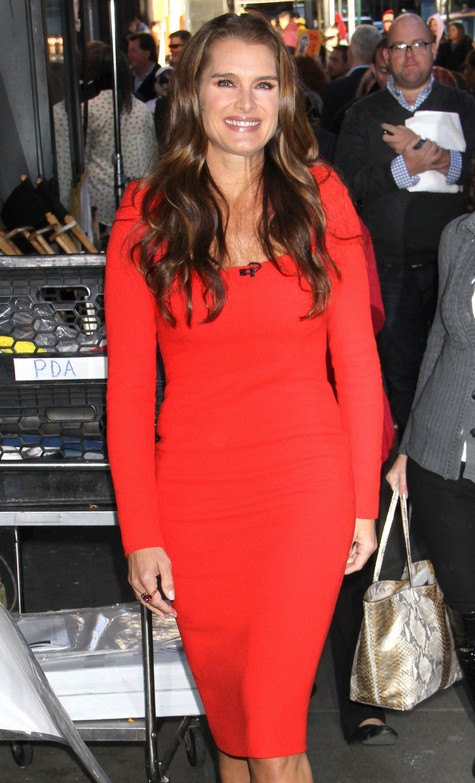 Brooke Shields has paid homage to her mom Teri Shields who passed away last week after a long battle with dementia.   The 79-year-old Teri, had a great career of her own before helping her daughter land her first modeling job, and later helping Brooke become a successful actress.

Brooke has this to say about her Mom, “My mother was an enormous part of my life and of who I am today.  I loved her, laughed with her, and respected her.  And although she had her share of struggles, she was my mom.”

Theresa Anna Lillian Schmon (Teri) was a hairstylist, a make up artist for Lord and Taylor and was herself a model. In 1964 she married Francis Alexander Shields. Their only child, Brooke Christa Shields, was born the following year on May 31, 1965 .  Teri and Francis divorced when Brooke was a few months old.  Brooke’s Wikipedia page states that Teri wanted her daughter to be in show business due to her stunning looks.  Thus a manager was born.

The first job Teri landed for Brooke was for Ivory Soap.  As Brooke got older Teri brokered some controversial jobs for her daughter.  Some of these jobs included being photographed nude for a Playboy Press publication, staring at age 10 as a child prostitute in the 1978 Louis Malle film “Pretty Baby”, and a provocative Calvin Klein ad where the then 15 year old proclaimed “Nothing comes between me and my Calvins”. Teri would represent her daughter until 1994. It was Brooke’s decision to end their business relationship and looked elsewhere for representation.

The years following Teri’s firing created a strained relationship between mother and daughter. In 1996 Brooke told the L.A. Times “It’s not the drama that you would anticipate. “It’s just very deep confusion. There’s a sadness.  I don’t feel as if I made any mistakes, but I do feel that I have hurt her, without intention.  It was just my need to really do this on my own and figure out what my capabilities were.”  Teri told Extra “I felt that she had to be on her own. It kills me once in a while. I would like to get over it.  I would love for Brooke to be my best friend, but you can’t because I am her mother and she is my daughter.” Teri’s long struggle with alcoholism further complicated the relationship but the pair always remained close.