Bruce Jenner Goes Under the Knife to Remove Skin Cancer 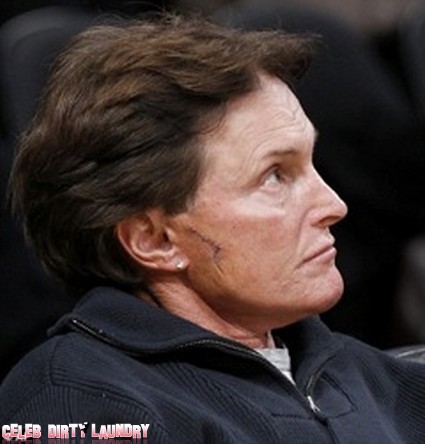 Bruce Jenner can now say he has more scars on his face than his son Brody has notches on his bedpost. Only this time, it isn’t due to botched plastic surgery. According to TMZ, 62-year-old Jenner went under the knife on Friday to remove skin cancer cells from his face.

The Kardashian patriarch was spotted at the Mavericks vs. Lakers game last night sporting a long scar on his cheek near his right ear, a sight that caused the rumor mill to speculate that he had undergone more plastic surgery. However, this is apparently not the case.

Stepfather of Khloe, Kourtney and Kim Kardashian and father to Brodie, Kylie and Kendall—along with a few other less important ones—Jenner recently had a suspicious red spot on his cheek biopsied and it tested positive for cancer cells. While his doctors believe they have removed all the cancer, they won’t know for sure until they get the tissue results.

Let’s hope that they did remove it all, because Jenner’s face can’t take much more torture.

The gold medalist and motivational speaker was outspoken in 2009 about the ridicule he received following two bad cosmetic surgery procedures—a partial face lift and nose job—that left him looking permanently surprised an a little bit like an axe murderer. He underwent corrective surgery season 4 of Keeping Up With The Kardashians.

Following Friday’s procedure, Doctors have advised Jenner to stay out of the sun and to wear a wide brim hat when golfing to protect his face from the sun’s rays.

Now, if only doctors would remove that hideous earring we could really breathe a sigh of relief for poor Bruce!