Bruce Jenner: They Won’t Let Me Out Of Reality TV Until I Die!

BY Annemarie LeBlanc on May 19, 2012 | Comments: one comment
Related : Bruce Jenner, Keeping Up With The Kardashians, Kris Jenner, Reality TV 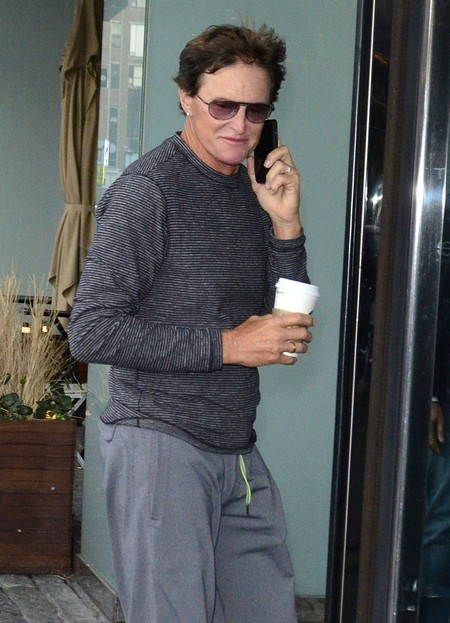 Papa and step-papa to the Kardashian and Jenners, Bruce Jenner has said he won’t be allowed to leave reality TV until he dies.  He joked or did he, saying: “I’m not getting out of this alive.”  Bruce claims they have him chained to reality TV and maybe he will get parole when daughter Kylie Jenner gets married but knowing Kris Jenner if she can squeeze another penny out of the networks they will be on reality tv until they are old and wrinkly.

The family just signed with E! for another $40 million, do you really see Kris letting that go?  The amount has not been confirmed, but if it is true they would be the highest paid family in reality TV history.   Let’s not forget that Momanager Kris Jenner gets 10% of everything the family earns.   Can you see her ever stopping reality tv and losing that?   There have been rumors that Kim, Khloe  and Kourtney have had enough of their manager Kris Jenner stealing 10 % of their earnings and butting into their lives.  So maybe someone will give Kris the old heave ho!

Bruce also addressed in an interview the problems he and wife Kris were having. He said, “Oh my God, does it say that? I’ve been married to Kris for 21 years, and there have always been rocky times. And it’s nothing special.  Our relationship is very good. I think the reason our relationship has lasted for 21 years is we’re both family-oriented. We have 10 children between us. That’s such a bond. That’ll always keep us together.”

Rumors have circulated that Bruce was not happy about Kris starting to pimp out their two young daughters, Kendall, 16, and Kylie, 14.  He does not  want them turning out like their Kardashian half-sisters, Kim, Khloe, and Kourtney – who he labelled as ‘hypersexualized reality starlets.’

There have also been rumors Kris was taking Bruce for granted and he addressed those rumors saying, “I’ve been taken for granted since Year 1. The good news is I like it that way!  Kris’ freedom means I have the freedom to do what I want to do.”

What do you think, does Bruce really want to leave reality tv or will he be there until he dies?  If you ask me as long as he has enough money to buy more plastic surgery we will see Bruce on reality tv for a long time!