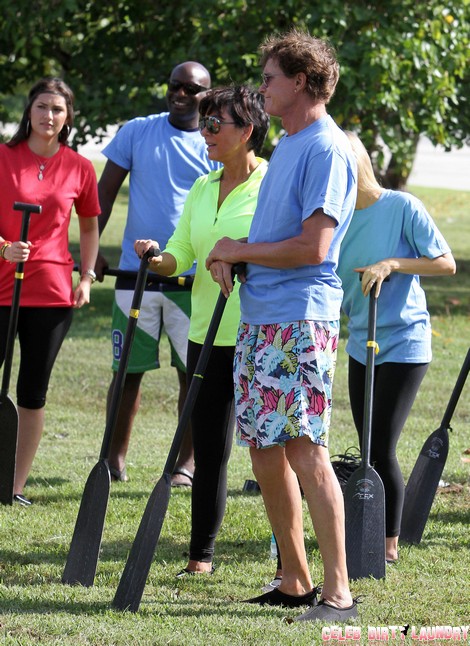 The writing has been on the wall for the marriage of Bruce and Kris Jenner for a really long time. This fact is no secret to anyone that has watched even a single episode of the most recent season of Keeping Up With the Kardashians. At one point Bruce even left the house and stayed elsewhere to see how long it would take for Kris to notice he was missing and ya’ know what? It took her THREE DAYS to even bother to call and ask what he was doing!

Kris is so obsessed with whoring out the daughters that help to line her pocket, that she completely overlooks her husband and eventually it was bound to catch up with her. Bruce seems like a genuinely nice guy and Kris completely takes him for granted. We’ve watched her lie to him on camera, joke around about keeping secrets and then finally contemplate meeting up with an old boyfriend because she felt they had unfinished business. Everything that Kris does is designed to grab headlines and television viewers, but it is finally costing her a husband. According to a source at the National Enquirer,

“Bruce feels that Kris treats him like a doormat, and he’s had enough. She con­stantly belittles his appearance and complains to mutual friends that he’s a boring old fart.  Then she has the gall to flaunt her relationships with younger guys in his face!  Kris is continually perceived as the moneymaker and the one who wears the pants in the family, and he’s sick and tired of the humiliation. He can no longer tolerate Kris’ be­trayals and being taken for granted by her. He’s heav­ily weighing his options on divorce.”

Enough is enough already. Bruce has an $80 million dollar fortune of his own thanks to investments and endorsements dating back to his Olympic days and he is running out of reasons to need to keep a woman like Kris in his life.  Do you think he’ll actually pull the plug and move on to someone that actually appreciates him?  How much longer before it happens? Tell us your thoughts in the comments below!