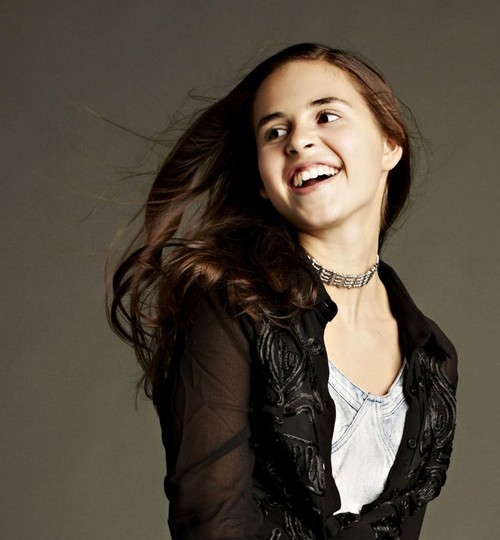 Carly Rose Sonenclar took SECOND place on the second season of  The X Factor USA.  If you missed the results show and want to see who WON the X Factor Season 2, we recapped it here for you!

On last night’s show Carly Rose Sonenclar – Mentored by Britney Spears sang Feeling Good & How Do I Live Without You & Hallelujah – There’s no doubt in our minds (especially after Hallelujah) that Carly will win this competition. All three songs worked well with what Carly has been able to establish – a brand of professionalism and child-prodigy vocals. She has done enough to win the competition and out of all three, she is most deserving of the title. If Carly does not win X-Factor, it will be the biggest upset in reality television history. She is a true superstar and has showed us every week why she deserves the number one position on one of the greatest reality TV shows in the world. Tonight, Carly will be the happiest kid on the planet, because not only will she be $5 million richer, she’ll also be one of the biggest music stars on the planet.

FINAL WORDS – It has been a pleasure to watch Carly every week, as for the first time in recent years, there was a true star on that stage. She broke boundaries, blasted away the competition, and held her own against the other acts with the biggest songs in the music industry. Carly isn’t just a star; she’s a supernova.

What do you think, should Carly Rose Sonenclar have won The X Factor USA, Season 2? Let us know in the comments below.