Carrie Underwood: I Support Gay Marriage and the Right to Love Publicly 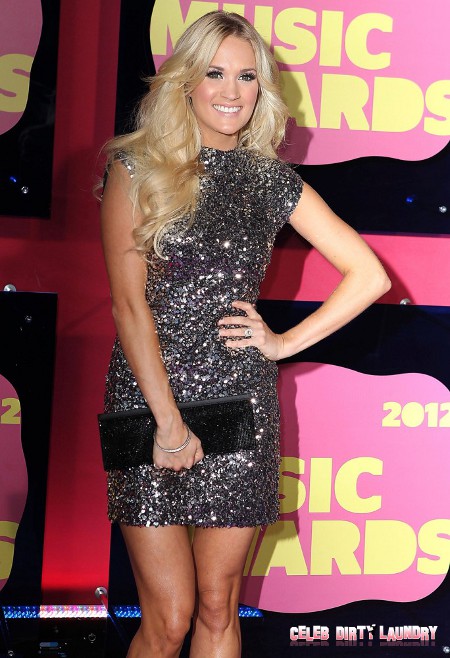 Carrie Underwood is not the only star to support gay marriage, but her decision to support it has raised several eyebrows in the religiously fanatic communities. She is supporting gay marriage not because she is a massive music star, but due to her strong religious beliefs, which opens a fresh new debate on the marriage equality situation.

Carrie Underwood, a devout Christian, recently told Britain newspaper The Independent that, according to her, marriage equality is rooted in faith. The gay marriage debate was lately brought to the headlines, with President Obama stepping out in support of gay marriage and a young kid singing about homsexuality in a church, filled to the brim with an agreeing congregation, “Ain’t no homos gonna make it to heaven!” The performance caused worldwide controversy.

Carrie Underwood was raised a Baptist, but since her marriage to NHL player Mike Fisher, she converted to a non-denominational Christian congregation. Carrie continued in the interview, telling the reporter, “As a married person myself, I don’t know what it’s like to be told I can’t marry somebody I love, who you want to marry forever. I can’t imagine how that must feel. I definitely think we should all have the right to love, and love publicly, the people that we want to love.”

Carrie brought God into the conversation and said, “Above all, God wanted us to love others. It’s not about setting rules, or [saying] ‘everyone has to be like me. No, we’re all different. That’s what makes us special. We have to love each other and get on with each other.”

“It’s not up to me to judge anybody.”

Carrie recently won a smattering of prizes at the CMT Awards and her current outspoken views on marriage equality have become polarizing.

Do you support or oppose marriage equality in the USA? Do you agree with Carrie’s viewpoints on marriage equality? Please note: Sensitivity will receive praise in the comments; whether you are for gay marriage or not, we are strongly against any form of homophobic flaming.