Casey Anthony Is A Disgusting Liar 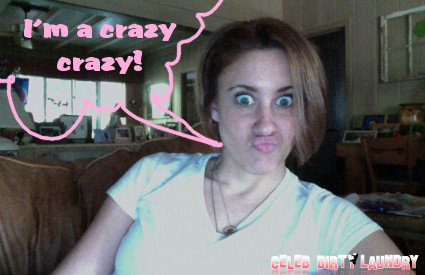 When Casey Anthony first tried to play off her daughter Caylee’s disappearance as something of a mystery, she claimed that her daughter was kidnapped by a babysitter named Zenaida Gonzalez.  The real Zenaida Gonzalez has gone through different rungs of the legal system until finally she has been allowed to sue Anthony for defamation of character.  The woman’s attorney, John Dill, believes Anthony is “unable to tell the truth” and has rebuffed notions that the tot mom might be gearing up to issue an apology to his client.

“We have heard those reports,” Dill said. “And let me say this very bluntly, an apology isn’t good enough, period. It’s meaningless, and Ms. Anthony seems to be unable to tell the truth.  We want her to testify under oath, under penalty of perjury. My client deserves answers about what motivated Casey to do the things she did, as our client has suffered substantially because of someone else’s actions,” Dill asserted. “During the deposition of Ms. Anthony which was done via Skype, in which she wore a disguise, we didn’t get much from it, so we are certainly looking forward to having her sit and answer questions in front of our client, and a jury of Casey Anthony’s peers.”

Obviously, Anthony is in no hurry to find herself sitting in another courtroom even if it’s a direct result of her actions.  Says Dill, “Too bad! Yes, we heard that Ms. Anthony was annoyed that she was going to have to testify at the trial. This was all brought on by Ms. Anthony herself, she is the one that started down this road by, and it’s time that she be held to answer for her actions. Zenaida’s life has been absolutely upended by Ms. Anthony’s actions, so, no, I don’t feel bad that she is upset. Again, she brought this all on herself.”

Anthony’s civil trial is set to begin in January 2013.