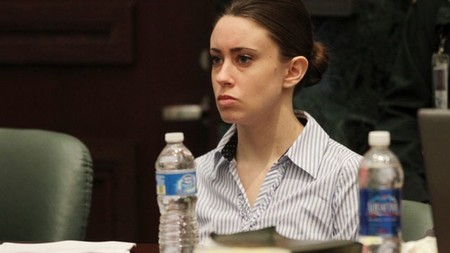 Casey Anthony wants to become a reality television star. She wants to focus on becoming a brand, much like Joseph Stalin branded the mustache and Communist poverty.

Casey Anthony has not been the most loved woman in the history of the world and many have likened her to some of the biggest crazies the world has ever seen, including Hitler, Ted Bundy, Satan and a wealth of other really disturbed people. We all have asked ourselves this question one cold morning when we were crying in the shower about sold out Cheerios, “Did she, or didn’t she, kill Caylee Anthony?” We might never know the answer to that question as we doubt Casey will ever talk, so we have placed that burning question in our minds, alongside O.J. Simpson’s trial questions and the meaning of life.

According to People Magazine via The Daily Mail, “[T]he ‘tot mom’ has ended her spiritual and grief counseling so she can focus on becoming a reality star.’She loves being notorious. One day she said, “I need to work on my brand”, which is so strange for me and so foreign from what she should be doing.  ‘I said, “Casey, what brand? You’re not selling anything. You’re a lost girl who got in a lot of trouble”. She smiled and said, “I am one of the most famous people in America. I’m on Saturday Night Live”.’

Casey might be suffering from post-traumatic delusions, as she doesn’t see herself as the most hated woman in America, but as a celebrity. Perhaps, Casey should take up motivational speaking on “how to overcome a trial where you stood for murdering your own daughter”. People will be interested, especially the type of Internet troll who always comments on sickening abuse videos on YouTube, “Were you shocked? This is nothing! I eat this stuff for breakfast.”

The source adds, “Casey is manipulative. She relishes the fact that she is a villainess.”

We might be slightly biased in this case, so we’re leaving it up to you to ponder tonight when you watch re-runs of Golden Girls.

Let us know in the comments below if you think Casey Anthony’s reality television show will be a success.