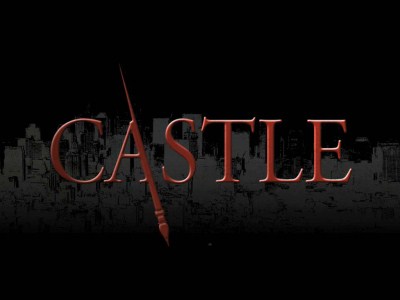 Are you excited for an all new episode of Castle tonight? This new episode number 11 is titled “Til Death Do Us Part” and you know there will be lots of fireworks between Rick and Kate!

Did you see last week’s episode when Rick and Kate disappeared? If not, you can read the full recap HERE.

Episode synopsis: When a lothario is killed, Castle and Beckett suspect that the victim’s mysterious double life holds the key to his murder. Their investigation leads to a shocking twist that threatens to disrupt Ryan’s wedding with Jenny.

Who is the victim? Could it be one of of Jenny’s ex-boyfriends. We will watch Ryan down a cleansing shake, while Esposito receives some bad news about the wedding and who might be coming.

We will be covering the show live tonight with up-to-the-minutes results when it airs.  So make sure to come back at 10:00pm ET and refresh often to get all the most current updates!  Are you excited about the show so far?  Sound out in the comments below and let us know!

Tonight’s RECAP: A guy is hitting on a girl over a fruit stand when a man’s body falls through the table.  At the precinct, Jenny brought Ryan his water bottle and they’re all gushing and talking about the wedding. Rick also reserved for a plus one, but he’s bringing his daughter, Alexis. Kate looks a little jealous.

Esposito thinks Lanie is hooking up with her assistant. They go up to the eighth floor and Kevin tells them all about their victim, Michael Bailey. The room was booked by Jane Eyre and paid for in cash. Rick calls the woman a black widow, he thinks she planned the whole thing and then murdered him. Kate found a fingerprint on a glass and she locates the woman who fled the crime scene, Holly Franklin. Kate shows her the photo of Michael, and he apparently gave her a fake name, Jake.  She said that she was falling in love with him and didn’t kill him, after one night?
She goes on to say that they had a magical connection, then he got dizzy and opened the window and fell out.

Although, according to Lanie, it wasn’t an accident. She tells Rick and Kate that the victim died from a lethal dose of cultizene. Lanie also revealed that he had sex with two different women within hours of his death.  Holly wishes she had pushed him out the window.

Later, at home, Rick asks his mother and daughter if a man cheated on them, how they would kill him? His mother asks him for his credit card, because she’s taking Alexis shopping for a dress for Ryan’s wedding.

The victim turns out to be a womanizer; they’ve found a lot of women that Michael Bailey had slept with.

Apparently, about a month ago, the victim lied to all of the women that he that he was going away to Europe for six weeks. Ryan found a driver’s license with the name Jake Hendricks, the fake name he gave Holly. It was a fake ID and he also tons of cash in his apartment.

Kate and Rick go to Michael’s work to find out why he took a leave of absence, the boss tells them that he was having personal issues. His boss said that the cash and ID may have something to do with a woman trying to break into his office recently. The receptionist gives further information, she said that the woman, Colette Roth, tried to break in and she is a former Israeli military.

Ryan tells Esposito that Lanie is bringing Toby Lange as her plus one for his wedding and Esposito runs him through the system to find out that he is a doctor.

Rick and Kate talk to Colette about Michael, she claims that he was her soul mate. She knew that he was in trouble, he was kidnapped. Surveillance video shows the “ruffians in ski masks”,  abducting the Michael. Colette really did try to save Michael, but she wasn’t successful

Rick thinks the victim was in covert ops and the enemy got to him, although he managed to escape, then they sent in a secret sexy agent and gets poisoned. Kate gets a call, and the CIA, the FBI or DHS haven’t heard of the victim.

Ryan, Esposito, Beckett and Castle go to Pablo Barns’ house to find him there with scantly clad women. The two guys they find in the apartment are the victim’s friends. It turns out that they are pick-up artists and they abducted him to get away from the clinger, Colette. They tell Kate and Rick that the victim met with them at a bar and were only permitted to hang out with him if they called him Jake. He was trying to hook up with a married woman who he calls interesting, named Lisa.

Michael also kept a journal with photos of all of his conquests and Rick finds Jenny in the book. At the time, she was about one month into her relationship with Ryan. Could this be trouble for Ryan and Jenny’s wedding!

Ryan and Esposito go to the bar, looking for Lisa but instead find out that her last name is Hill and she is an heiress to Dashby Publishing.  Rick asks Kate what they’re going to do about Jenny? She asks if they were married, would he want to know about all of the guys she was with before. He  is shocked and said, “All?” Kate doesn’t give in to his questions and leave Rick wondering just how many men there are.

Alexis found a really nice black dress, but while out shopping, she hooks a date with a guy on the same day as the wedding, so she bails as Rick’s plus one. Ryan and Esposito are rambling on about dating. Ryan tries to knock the doughnut out of his hand because he’s flaunting it.

They get Lisa Hill in for questioning, she claims that he was trying to blackmail her.  Lisa’s sister owns a drug company  and Kate suggests that that is where she got the cultizene.  She claims that when she got out of the bathroom, she found him on her computer and kicked  him out because he was trying to steal KPW company secrets, it was “sexpionage”.

Esposito tells Ryan about Jenny and Michael, it turns out that he already knew, Jenny told him already, but said that she didn’t know he was a pickup artist.

Lisa’s husband, Ron, was screwed in the KPW deal and Holly Franklin was the lawyer for the deal. They head over to the place where the victim was renting out as Jake Hendricks and they find some chocolate protein shakes that masked the cultizene.

The case is closed, Rick and Kate arrest the CEO of the company,  she killed Michael to protect corporate secrets.  At the wedding, Esposito is waiting at the door with his plus one, when Lanie walks up with Toby, her gay friend. Kate and Rick agree to be each other’s plus ones, so they don’t have to sit at the singles table.

That’s it for tonight!  What did you think of the episode?  Sound out in the comments below!