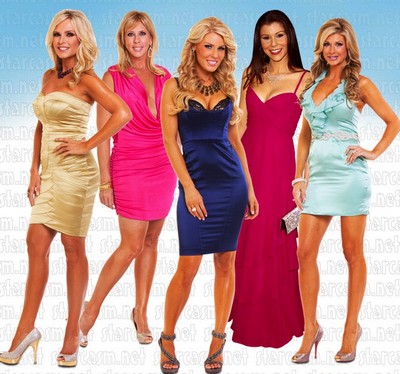 Real Housewives of Orange County’s Alexis Bellino was kind enough to talk to me about her take on Tuesday’s episode, where castmates continued to attack her for what they see as her constant need to talk about her money and nice things, which they call “materialistic” and “pretentious.”

“I was attacked for is something EVERY woman on the show is guilty of,” says the spicy 35 year old from Missouri, who seems to feel that she was attacked simply because she likes nice things. “Every single person on the show does at least as much as I do. But I’m singled out and targeted.”

This has been a tough season for Alexis, who some have said is the “sacrificial lamb” of Season 7, due to the fact that she has been continuously criticized by all of her cast members at some point or another during the course of this season, including her former best friend on the show, Gretchen Rossi. Will she be back next year? “Time will tell!” she said.

There is one unlikely co-star that seems to be in her corner, however: Vicky Gunvolson. In the past, the two have had friction, but Vicky was quick to defend Alexis during a confessional interview in last night’s episode, where she called the other cast members “jealous” of Alexis.

Co-stars Gretchen and Tamra Barney also took the time to talk to me, and both were quick to dismiss Vicky’s opinion. “What a joke, as if! What is there to be jealous of?” scoffed Gretchen.

Tamra echoed similar sentiments. “Laughable! Since she has ALWAYS said the same thing we are saying in the past.”