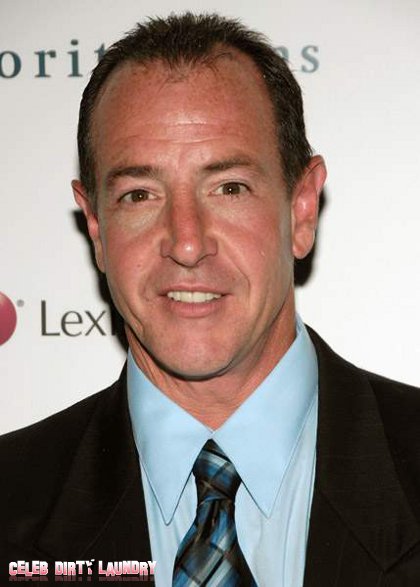 Today, CDL chatted with Michael Lohan, rehabilitation specialist and, as you are all well aware I’m sure, father of Lindsay Lohan — the talented but troubled actress who’s been in the news steadily over the past few years.

Following Michael’s incident with Kate Major, he decided to take hold of his life and appear on Celebrity Rehab in attempts to get himself clean. Now, on a firm and healthy path, he’s teamed up with Palm Partners, a rehab facility that he highly praises: “Palm Partners is one of the best facilities I’ve ever been through,” he said.

When we asked him why it was he decided to work with them, he said: “Because of what I learned there. They have a totally different approach to recovery and rehabilitation.” At Palm Partners, Mr. Lohan has a wide range of tasks, including: picking up calls, discussing program options with potential clients, and helping people with intake procedures, which may include personally traveling to homes of individuals whose families have requested interventions. He has a very active role in the entire process and, given that he’s so passionate about the work they do there, we feel as if it’s a wonderful opportunity for him to be part of the institution that helped turn his life around.

When asked about Kate Major, and the circumstances surrounding their feud, he said:

“I really can’t discuss the details. The whole situation was unfortunate . . .  however, it’s all working out for the better. All I can say is that she’s been an absolutely wonderful girl and we’ve both made mistakes.”

We were hoping to get a bit more information, but we didn’t press the issue.

While chatting with Mr. Lohan, it was essential that we pushed in a few questions about his daughter, LiLo — we simply couldn’t let him go without asking about one of our fave celebs!

Lots of people gave Lindsay harsh criticism where her SNL performances were concerned, but I felt as if she gave genuinely sincere performances. However, as readers know, we always try and be optimistic where Lindsay’s concerned.We asked him about what it was like to see his daughter host SNL, one of the most iconic television shows on the air.

When asked how he thought she did — from a father’s perspective — he said:

“Proud that Lorne Michals welcomed her back. I don’t think she was up to her maximum performance ability yet, but she’s doing well. [She’s] Not drinking. Just saw her the other day and she’s doing great.”

He commented on the fact that she definitely wasn’t at the top of her game — for example, the LiLo we all fell in love with back in the day (Mean Girls, etc.) — but was sincere and hopeful in saying that, “She’ll get there.”

We hope she will! Send good vibes her way, fantastic CDL readers!

Michael Lohan, apparently a very religious man (who was actually waiting to go into church when we called him) says, “It’s a process. [Her issue] isn’t going to be fixed over night. If you don’t have God and that spiritual aspect by your side, the road might be a longer one. People talk about the twelve steps and now they’ve taken God out most of them — now he’s only in a few of them.”

It was quite clear that he’d like to see the rehabilitation process be imbued with a greater sense of spiritualism/religiosity.

He described rehabilitation like a boxing match: it’s not about how many times you repeatedly get knocked down, get back up, and then knocked down again . . . ultimately, it’s about whether or not you finish the fight.

We were eager to see how he felt about LiLo’s Playboy cover and weren’t sure of how he would respond (we weren’t sure how sensitive the topic was for him); however, when prompted, he gave a very tame and cordial reply:

“I didn’t look at it. When I talked to her about it, I told her that it was her choice. I learned one thing, that I can’t tell my daughter — or anyone for that matter — what to do. Because they’ll just go and do the exact opposite.”

Finally, we asked him the question on everyone’s mind. IS LINDSAY DETERMINED TO STAY CLEAN?

He said that she’s working hard to stay clean. When asked if he was going to take a prominent role in the process, he said that he probably won’t get too involved. “On a personal level as a father — and I’ll always be a father first — I don’t think it’s for me to be involved with that aspect of her life. I’m not involved with any of her ‘business.’ Her mother, Dina, is her manager so I leave all that up to them.” He does, however, extend a full amount of support as she makes her way through the process.

All in all we had a wonderful chat with Michael Lohan and would like to thank him for taking the time to chat with CDL. He wanted us to tell everyone out there that if anyone has a problem and they want to discuss a method of treatment/rehabilitation, feel free to visit www.palmpartners.com or call them at their toll free number: (877) 711-4673

“It’s not judging others,” he said finally, “but looking within ourselves when we find the true answers.”

If you have any questions or comments, feel free to leave them in the section below and we’ll do our best to answer — or get them answered — for you!