CDL Exclusive Interview With Michael Lohan: Kate Major Is Crazy — ‘She Is Stalking ME!’ (Audio) 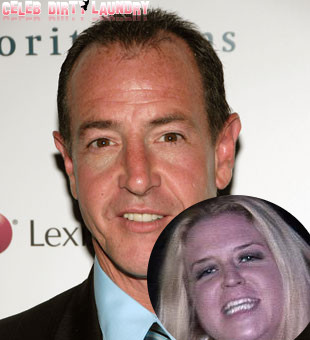 It was recently reported by TMZ that Michael Lohan, father of Lindsay Lohan, broke the restraining order filed against him by Kate Major. CDL had the chance to catch up with Mr. Lohan about the recent allegations and he said that’s all they are, ALLEGATIONS. According to him, none of the potential charges have any validity.

Michael Lohan says he has plenty of witnesses to account for Kate’s stalker-like behavior and will fight hard to prove that she’s lying. “This is very important: I never showed up at any tanning salon or any gym,” he adds. “First she told police that she was at the Level 5 gym, and then she told the press that she was at a tanning salon, and then in another story she said that I’d knocked out a car window when I wasn’t even there — I have a witness! I was with the kid I sponsor. I wasn’t even there.”

There have also been rumors circulating that he and Kate Major have been living together. Lohan put these rumors to bed, denying them outright.

The reason why this all happened was because she called and said she has to get out of this halfway house she was in. And she was looking for an apartment. And that was the straw that broke the camel’s back. If your father doesn’t want to pay, I said find someone else. If your father doesn’t want to pay the rest of your legal bills, find someone else. And she said that if I don’t take care of the rest of her legal bills — another $9,000 — with her attorney then she said she’d violate me. And I just said that I wasn’t going to pay.

Lohan’s story definitely seems plausible and, if you take a listen to the full interview below, you’ll definitely be able to sense his frustration with this whole mess. All right, Kate Major, it’s your turn. I need to hear your side of the story. Because until I do I’m siding with my buddy Mike.

“She is stalking ME!”

Turn up the volume all the way, excuse my mumbling in the beginning, and take a listen to CDL‘s full exclusive interview with Mr. Lohan. Definitely let us know what you’re thinking in the comments section below. We’d love to chat with you!