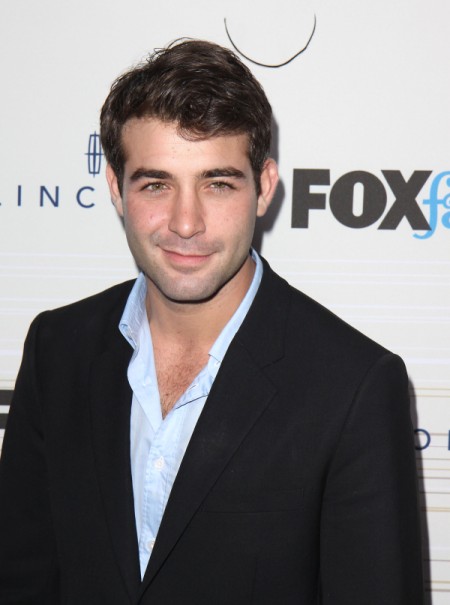 James Wolk stars alongside a brilliant cast in USA’s 6 episode miniseries, Political Animals. Described as a racier version of The West Wing, the plot line looks to have been taken right out of recent history. Sigourney Weaver plays Elaine Barrish, a former first lady who ran and lost the presidential seat only to accept the role as Secretary of State. Sound like anyone you know? She also has a husband who took liberties in the White House, only Elaine divorces her former philandering president after he leaves office. Wolk plays Douglas Barrish, one of Elaine’s twin sons, who just happens to work as her Chief of Staff. CDL had the opportunity to sit down with Wolk as he talked about how his character wades the political waters while trying to keep his family intact, the possibility of the show being extended and if he thinks celebrities and politics mix.

How Wolk felt when he first found the script for Political Animals:

“Greg’s [Berlanti] script for Political Animals was a really hot script around town and it was one that was talked about. And I had a meeting with Greg and, you know, he kind of talked about where this is going and I expressed what I thought about the character, and I was just so enthused. And I remember leaving the meeting and just going ‘I hope he feels as excited about this opportunity as I feel.’ And I love playing characters that seem like they should be perfect on the outside but are just totally screwed up when you kind of pull that veil away, and Douglas had that.”

“The kind of anger he feels towards his dad is born out of growing up as a young man watching the infidelity – the rampant infidelity that went all around – and his father’s dishonesty all towards Elaine. And when Elaine fell to the ground and when Elaine fell to pieces, Douglas was the one that picked her up time and time again. And when she was publicly embarrassed, Douglas was the one that was there for her. And, you know, he really feels like his father is responsible for tearing the family apart and kind of tarnishing his mother who he holds in such high esteem.”

Research Wolk did for the role:

“Right away I went out and I bought Bobby Kennedy’s biography. And I read his biography because Bobby Kennedy was his brother’s Chief of Staff, and he was a very kind of dark character. I mean we see pictures of Bobby and he’s this very kind of all-American kind of, you know, affable fellow. But what you find out about him is that he was the family bulldog, you know, he really was the runt of the family so it kind of turned him into this ambitious kind of ruthless guy. And I thought well how interesting would it be if that’s what Douglas had, you know, if that’s where Douglas came from. And I really read it and I really wanted to take Douglas in that direction and it was something that Greg felt when he created the character as well.”

The challenges faced while working on the series:

“I think the greatest challenge playing Douglas is when I first read the script and I saw the character, my only concern was that he was going to be the straight man. Where can we find conflict in him to make him an interesting character? And I think that as the scripts have gone on and this series has been written, the challenge I think has become almost like a group effort with the writers as well as myself making him very layered and dimensional. But initially I thought, ‘Well how do you take someone who seems very perfect?’ And that has been a challenge that I’ve enjoyed rising to because it’s so fun to find the duplicity in Douglas and the kind of screwed up dark nature that he has deep within. But it was a challenge to find it.”

On whether politicians can lead healthy private lives under the media scrutiny:

“The first thing I think of when I think of a politician being a parent is Obama, because he’s constantly, you know, talking about his two daughters and constantly talking about his family. And so you really do get the idea that he puts family first. And I want to believe that and I think that’s true of him. What I would imagine, and what I’ve learned from playing a neglected son in a political family, is that I think there is a lot on the plate of these politicians. And I think that whether it’s, you know, whether it’s a self-centered thing or whether it’s just that ‘Hey, this is my profession and it requires so much of my energy’, I do think it would be very easy for the children of those politicians to get sidelined unless they were truly made a priority. And I’d like to think that some politicians can do that.”

Celebrities getting involved in politics:

“Well I think first and foremost that for those actors that do really have a voice in politics, I think that, you know, at a certain point you have the bully pulpit. You have the ability to speak because you’re in a place in the public eye. And I think if you have something intelligent to say and you’re passionate about what you feel, then by all means I think it’s okay to speak. But I don’t think that there should be a responsibility that necessarily comes with being in the public eye of having to speak about politics. And so for me personally, you know, I’m educated in politics; I follow it. I wouldn’t say by any means that I’m a political junkie. But I just feel like in this upcoming election, whether or not I was on this show, I would definitely have an opinion either way. And I might not necessarily share it though because I’m on the show.”

Political Animals airs on Sundays at 10 EST. What do you think of the show so far? Take a peek at a clip below. Wolk said the cast hasn’t heard if the show will get extended yet but is very open to the idea. Are you anxious for the show to keep going past the six episodes?