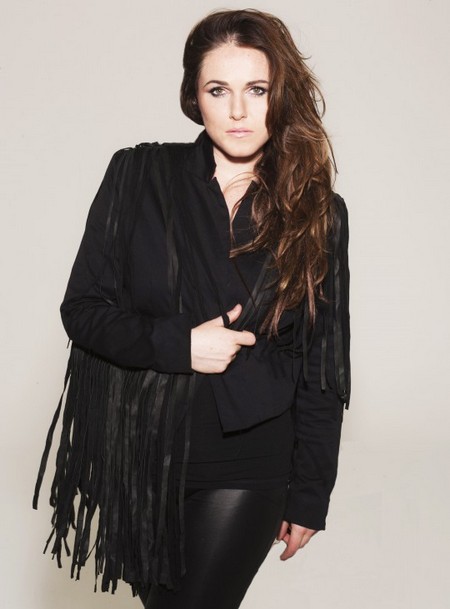 Scottish beauty Sandi Thom is best known for her No.1 platinum album Smile… It Confuses People, in which she released back in 2006 – however now the multi-talented (and let’s not forget stunning) lass is gearing up for the release of her fourth studio album, Flesh and Blood.

While fans will have to wait for the August 14th release date, I had the privilege to sample some of her music – including the fantastic cover of Trent Reznor’s ‘Hurt’.  If you can recall, Johnny Cash also covered the song, making it critically known among all his fans, and when I asked Sandi if she was a fan of both artists’ renditions, she had this to say:

“In all honesty I was only ever really aware of the song after Johnny Cash covered it, Some songs when you hear them just it you hard in the heart, this song sung by Johnny Cash moved me to tears, so I knew I could sing it with great emotion”.

Flesh and Blood was produced by the Black Crowes’ Rich Robinson, and of working with him Sandi said:

“It was amazing, he became like a brother to me. When you spend 3 weeks intensely in a studio together writing and recording songs that come from your heart and soul you cut out the small talk, we got to know each other well and very quickly. I hope to continue to make records together well into the future with Rich”.

Sounds like a very creative and inspiring process to me.  I was curious as to how each album differentiates from the last and Sandi told me that for her, Flesh and Blood was an entirely different experience in that everyone was new to her, and that it was refreshing and exciting for her to work with new people and such talented ones at that.

One song on her album, The Sun Comes Crashing Down has a country feel to it. I asked Sandi whether she’s always had country roots and she admitted that she has always been inspired by music that gives a nod to country.  She also said she wanted to give this song a “Christine McVie Fleetwood Mac feel”.  Well-said girl.

It’s no wonder her music and voice is described as “real and raw with a knack for reckless abandonment” – and Sandi said that this comes with a creative process of starting with a clever line, a contagious melody – and then it all spirals from there, developing into something beyond her control.  Spoken like the true talented artist she is!

I have always wondered how hard – or perhaps easy – it is for artists to lay their feelings out on the table.  I love Sandi’s thoughts on this, again only cementing her talent in the music world:

“I accept my vulnerabilities and feel that my job as a singer/songwriter is to lay myself bare so that others can feel comfortable to let go and succumb to their emotions too. I always set about to write music that can be healing or that can help open your heart and mind”.

The last question I posed to Sandi, as she first became known to the public via podcasts staged from her flat in London, was what advice would she give to young musicians who were in her shoes and trying to break into the music industry.  And I love her answer to bits.

Thanks Sandi and congrats on all your success!