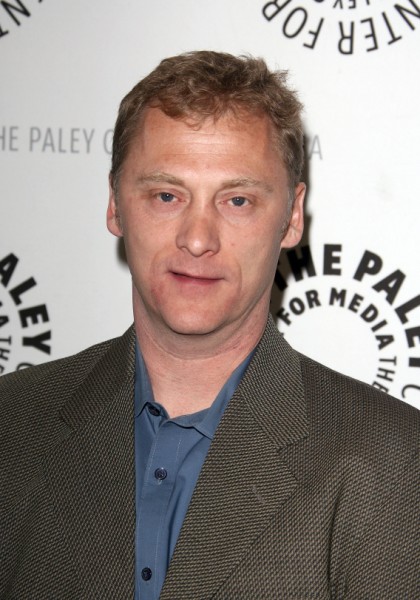 Celeb Dirty Laundry recently interviewed creator, writer and executive producer of USA’s White Collar, Jeff Eastin. Not only is he hyping the Season 4 mid-season finale of his hit show, but he’s also describing his newest writing venture for USA, Graceland. If White Collar is similar to Catch Me If You Can, then think of  Graceland as similar to the Keanu Reeves’ fan favorite, Point Break.

Eastin describes the new drama as darker and says he is pushing more boundaries with the show which focuses on different law enforcement agents bunking together undercover in a beach house in Southern California. But don’t worry White Collar fans, Eastin is not even thinking about leaving you behind. He’s hopeful for three more seasons and, while he won’t give up how he sees the series ending, teases viewers saying it will involve a “flip of the coin”. Check out below for more of Eastin’s interview!

Why people continue to enjoy White Collar:
“Oh, I don’t know. I think since the beginning we’ve tried something a little different. And at the same time, I think the chemistry between, you know, Matt Bomer and Tim DeKay and Willie Garson probably keeps people coming back.”

Will Neal and Peter ever trust each other completely?:
“The tough part of about this show a lot of times is really trying to keep things fresh between Neal and Peter. You know, it’s the easiest thing. And the thing that I see on Twitter a lot are people saying, ‘Oh, just – you know just make them happy. Just let them be friends. Take away Neal’s (angles).’ And, you know, it’s like as easy as that would be I think then we’d just end up with another, you know, police procedural show where the two pretty guys banter solving crimes. We try to keep it a little more on edge, and you know I find the show probably works the best when Neal and Peter are talking together and we think everything is fine, but as Neal leaves the room Peter’s eyes kind of narrow and we realize he thinks he’s up to something. To me, that’s when the show works the best, and that’s been really the hard thing, especially, you know going into the middle of our fourth season to try to maintain that – you know maintain that sort of suspicion between the two guys in a way that, you know it just doesn’t anger, you know the majority of the fans. So far, I’ve only seen a few fans angry about it, but you know for the most part I think it’s that kind of stuff that keeps it intriguing.”

How Eastin came up with the idea for Graceland:
“My agent had hooked me up with a guy who had really – he was a real guy who’d run one of these houses and, you know it is a true story. And, you know it’s like there were these seized drug lord beach houses and they decided, you know it’s hard to get kids to – or, I’m sorry, it’s very hard to get kids to L.A. because, you know if you want fun and sun and you’re a new undercover agent just out of any of the federal agencies, they usually go to Florida because it’s cheaper. So, what they did is they said, ‘Well, let’s take some of these, you know drug mansions and we’ll make them sort of a big flop house for these new undercover agents.’ And one of the guys who’d been in charge in one of the first ones had brought that story to CAA and they introduced me to this guy named John Marcello. And I met with him and, you know he kind of explained how the real house worked. And from there I just said, ‘This story’s too good not to tell.’

“And I think what really appealed to me about this story was this is a case, again, a real house where they took undercovers from Customs, DEA, FBI and, you know shoved them all into one house. And they started to, you know almost emerge together into one like hybrid agency, and all these people were undercover. So, what you ended up with is a situation where, you had this house and the only place these people could be themselves was inside the house, because you were with people of your own kind, because if you stepped out the door they were lying to their neighbors, they were, you know telling people they were ski instructors or trust fund kids and, you know they stepped inside those walls of that house and they could be themselves. When they stepped outside they were living a lie.”

On writing two series for USA:
“It’s like originally we’d overlapped the shows about two weeks. I sort of started Graceland writer’s room, you know during the finale of White Collar, which was kind of crazy, and it’s something I hope to never have to experience again. But, now that White Collar is wrapped up, I’m just working on Graceland. It’s eased back quite a bit. So, you know other than just, you know really not taking a break, it’s been pretty easy. You know, I’m – I’ll see what happens, you know next year if we have to overlap on the backside of things, but so far so good. You know, I realize if Graceland is successful, you know I may never have a break for at least probably the next three or four years. And, you know that’s a little intimidating.”

How White Collar turned into a family show:
“White Collar, in a weird way, became a family show without – really without my wanting it to be a family show. I mean, I started it out just, you know I wanted to try to do something that was smart and, you know we tried to kind of, you know keep the dialogue and, you know keep the subject matter, you know again smart. You know, going after, you know paintings and quoting famous people; that kind of thing. And we haven’t really changed that, and I was surprised how many people came and said, ‘You know, I love your show. I love to watch it with the kids.’ And, you know we’ve done, you know fairly well in the demos these days, but you know I think just in terms of USA’s pursuit, you know the younger demo, you know you take things, I don’t even know if I’d call it a darker direction, it’s much – I think it’s maybe a more provocative direction. I mean, the fact that, you know the guys on suits will smoke pot I think probably just appeals a little bit more to a younger demo. And it’s things like that that we sort of push Graceland in that direction, not necessarily that they’re smoking pot, but just the fact that, you know we deal with some issues that, you know maybe you wouldn’t want your, you know, 12-year old kid watching.”

On Matt Bomer, Tim DeKay and Willie Garson:
“When I first pictured Neal he was a very young Cary Grant, so I guess I wasn’t too far off. You know, so he was pretty close. In terms of just his (Matt Bomer’s) charm and, you know in terms of his ability to sort of, you know play these various emotions and stuff like that, I think he’s far exceeded what I could have hoped for.

“You know, it’s sort of the same way with Tim. They both were – they both sort of took the prototypes that I had on paper and really just, you know dialed it up to a 11 really, and both of them just, you know have – you know when you say they made the character their own, that’s a tough one for me. I would say if anybody’s made the character their own it’s probably Willie Garson.

“I think Matt and Tim have really taken what I did and styled it way up. Willie’s the one that had started off as something different, and Willie Garson really did make it his own, in terms of, you know he was always supposed to be a little off, but a little – but off in a darker way. Willie came in and just sort of did what Willie Garson does, and that’s – you know he’s very funny, but you know he’s not a particularly – he’s not particularly dark, and that was probably the biggest change, you know from the character I wrote in the pilot. That character’s probably the one that I would look at and say – you know I look to Willie to figure out how to write my Mozzie. I still write – you know I still write Neal and I still write Peter with the same voice that I wrote in the pilot, and I just know that Matt and Tim will – you know will just dial it up to 11. With Willie, I do, I kind of go back and look at episodes and say, ‘What did he do there?’ and figure it out.”

The White Collar season 4 mid-season finale airs Tuesday, September 18 at 9 EST on USA. Check out the preview below. During the finale, fans will catch a glimpse of Graceland, which is tentatively scheduled to air on USA next summer.