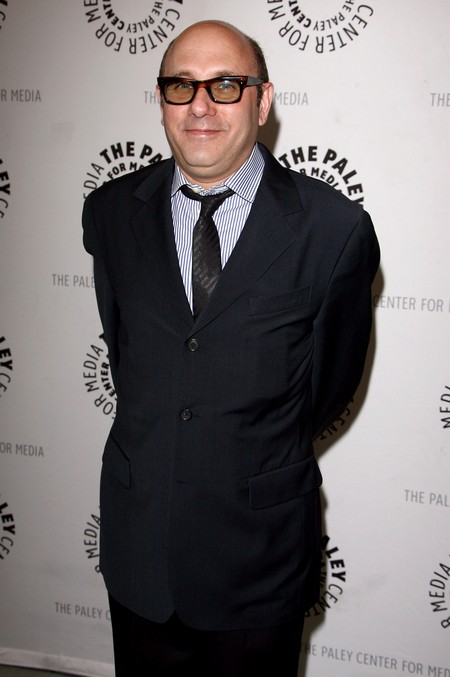 Just about everyone knows Willie Garson. Even if you don’t know him by name, you know him to see him. He has popped up in over 250 episodes of television show and has graced the big screen in over 70 feature films. Garson is probably best known as Carrie Bradshaw’s gay sidekick, Stanford Blach, in Sex and the City.

Garson has spent the last three seasons over at USA Network’s original series, White Collar.  In it, Garson is cast as Mozzie, a character with deep ties to the criminal underworld and a vast mental encyclopedia of cons and schemes.  He uses these things to help sidekick, Neal solve cases but often ends up coming in handy for the FBI as well.  Garson recently spoke to Celeb Dirty Laundry about life on set and what to expect as season four of White Collar kicks off tonight.

What new things have you discovered about Mozzie that you didn’t know in season one?

I think I’ve discovered more about my characters connection to people, just how important that has become to him.  Mozzie is someone that doesn’t naturally need to be with anyone or have people around.  Neal brought him out of his shell in NY and now those relationships are very important to him.  That’s something I certainly didn’t see on the page when I started playing him.  It has been really interesting and even more so this season.  We’re out of the country and when you see what brings us back to NY, let’s just say it’ll be interesting to watch just how important those human relationships are to him now.

Is there something specific this season that you’re really looking forward to us seeing?

To be honest, we don’t watch any of the episodes until they actually air.  I can tell you that starting this week I am personally so wildly excited to finally see the first two episodes because they are shot outside of NY.  The show is going to look really different and weird.  There’s also a lot of emotional stuff that’s coming later this season with Neal finding out about his past and his family.  We’re fans of the show too.  I freak out while watching us onscreen!

Since Mozzie and Neal are in hiding, is this a good ending or a new beginning for them?

Interesting.  I think Mozzie sees it as a life he has always dreamed to have.  So I guess it’s an ending, but a very comfortable ending.  It’s almost like that old saying, “Be careful what you wish for because you just might get it.”  Maybe being more involved in life feels like a better choice than dropping out of life.  I never feel like there’s real pressure on Mozzie.  I feel like it’s on Neal to actually decide what to do.  I think Mozzie can find a way to make wherever he is totally doable.  I think his stress comes in terms of how to actually stick with Neal.

What are your thoughts on Mozzie’s relationship with Peter?

I think they actually need to hate each other and in that hatred of each other, they really love each other a lot.  It gives Peter a sense of action and danger, while it gives Mozzie a sense of safety that an actual government agent, that he mistrusts everything about, is watching over him.  It makes him feel like he’s really never gonna’ be in that much trouble.  We had a scene where Mozzie was sitting in a bar drunk, bragging about how he is very good friends with a high ranking FBI official.  It’s at the point where they need each other.  They need this tension between each other.  They need it.

Any hints about who will guest star this season?

Do they really matter besides me (laughing)?  No, I’m kidding.  Right out of the gate this season we have greatness and we are now working with Treat Williams, which is very interesting.  We always have such an embarrassment of riches on this show with our guest stars.  We’ve had amazing people in the past like Beau Bridges and Griffin Dunne.  We’ve just had really great people want to do the show.  It’s a compliment to the actors really.  I know myself, when I’m asked to guest star on a show, it’s not the show so much as it is the actors.  Who is it that I want to work with, that determines my decision so it’s really quite a compliment when they want to play with us.

Do you think that there will ever be a breaking point between Neal and Mozzie?

I do believe that their relationship can withstand anything.  Because it’s a TV show, we have to tease once in awhile and say, “Oh, this is it!”  But I think it has been established after three seasons that there’s going to’ be a way for these guys to always keep an eye on each other and take care of each other.  It comes up in episode one of season four, its like, “Is this it?  What’s going to happen?  Are they really going to walk away from each other again?”

How hard is it to stay in character?

This has been the hardest character for me to play, because he is the closest to myself.  He has the same kind of feelings and reactions.  The writing is so perfectly geared towards our characters that there’s not really a lot of heavy lifting here.  The characters are just structured so well that there was a point in season one where we were all calling each other up and discussing how well-drawn and perfectly complimentary to each other the characters really are.  We could be solving the case of the missing scotch tape and it would be fine.  We can shoot anywhere, it doesn’t matter.  As long as we’re all in character talking to each other it all seems perfectly natural.

What is it like to work on The White Collar set?

Every show says this and I’ve been on shows where it’s just not true, but here it’s just really fun.  You spend more time with these people than you do your own family and if it’s not fun or satisfying, then it’s going to be a miserable job.  We are all really good friends and we try really hard to keep each other supported and entertained.  We really do have each others backs and you could throw any of us into a scene together and we’ll have our own personal jokes with each other.  It’s such a cliché for actors to say, but it’s a family and this is mine now.  We have been through deaths and births and marriages together, all the fabric of our lives.

I’d like him to end up very, very wealthy. Oh wait, that’s the actor who plays him (laughing)!  I’d like him to end up happy, whatever that means.  I think we’ll figure it out in coming seasons.  We don’t know what he really wants yet.  Maybe he wants a baby or to fall in love. You never know and we leave that in the hands of really talented writers.  When a show ends well, it ends with the characters getting what they really need.  It’s really a writers’ decision.

Season 4 of WHITE COLLAR premiere’s at 9pm on Tuesday, July 10th on USA Network.  Check out the sneak peek video and episode synopsis of the premiere episode “Wanted” below and hit the comments and let us know how excited you are about White Collar coming back!

While Peter desperately searches to find Neal, he and Mozzie are blissfully unaware while on an exotic remote island. Peter must find Neal before ruthless bounty hunter (guest star Mekhi Phifer) captures and locks him away for good.