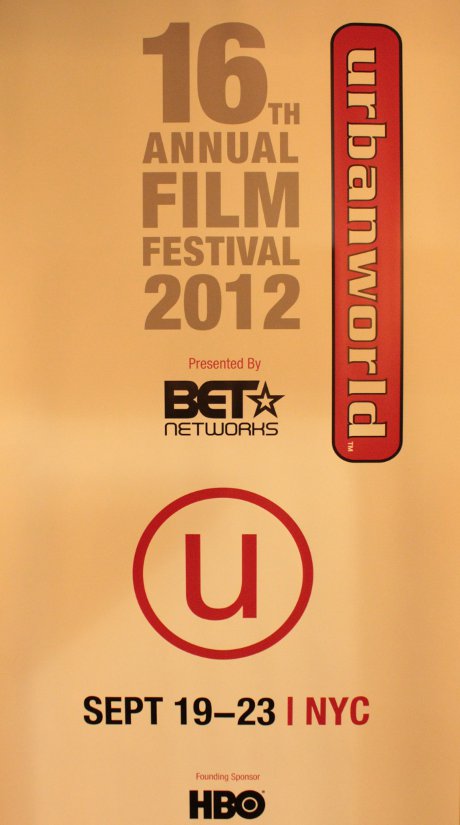 The 16th Urbanworld Film Festival, which concluded on Sunday, was a big success. I was able to attend the festival Friday night to represent Celeb Dirty Laundry, and there was a great deal of excitement in the air as the casts and crews from the various films being featured arrived. All of them were smiling and laughing with each other as they passed along the red carpet in front of all the cameras.

“Doin” It In The Park” had the largest number of cast and crew members present, while Rosie Perez and Lance Reddick (“Won’t Back Down”) also grabbed the spotlight upon arriving. It was particularly fun to watch the actors and crew members who may not have much experience being in front of flashing cameras pass along the red carpet because they all exuded giddy excitement. They grinned at the cameras and struck silly, playful poses with the fellow members of their cast and crew. And then there was Dante Brown, (Cody in “Wont Back Down”) who sauntered out in front of the cameras Friday evening. He was posing and flashing a huge smile at everyone, cool as could be in his bright orange blazer and stylish fitted jeans.

While all the films screened successfully at the festival and should all receive some form of applause, there were, in the end, those select films that especially stood out and those which received recognition as the best film in their respective category. I was not able to see all the films, since I could only attend on Friday night and several of the screening times overlapped each other, but what I did see blew me away.

One of the films I saw, “Wont Back Down”  did not receive an award, however I think it deserves some recognition as well. I was heart-achingly moved by the story (which is based on true events); I thought the actors’ performances were fantastic and the directing, cinematography, and editing was also well done.  That being said, I am very much looking forward to seeing more of the films that I, unfortunately, didn’t get the chance to view. So, the winners of this year’s Urbanworld Film Festival are as follows:

Those are the winners. Before you leave, don’t forget to check out the gallery of pictures below. Those pictured