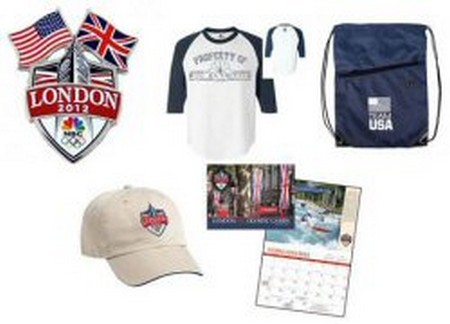 The Olympic Games are around the corner and things are really starting to heat up for Olympians and fans alike! London is ready – the Olympic rings have been lowered from Tower Bridge, over the Thames! NBC and Celeb Dirty Laundry have teamed up to get you in the Olympic mood by providing one (1) lucky Celeb Dirty Laundry reader with a NBC Olympic Prize Pack.

The 2012 Olympics begin Friday, July 27 and conclude Sunday, Aug. 12. Click HERE for a full calendar of events (not included: early-round soccer on July 25-26 ).  The competition is heating up, and you can catch all of the news on NBCOlympics.com.

Nearly 600 athletes will represent the United States in London. To meet the men and women of your favorite sport, go HERE and choose from the drop-down list.

Don’t forget to tune-in for the Games, kicking off with the Opening Ceremonies on July 27 and the games from July 27 – to August 12.   Also,  for the first time ever, the Games will stream live on NBCOlympics.com – you won’t want to miss a golden moment.

.
HOW TO ENTER: All you have to do is comment below and let us know which member of the US Olympic team you are rooting for most and what is your favorite summer Olympic sport!!

You can also gain an additional entry via twitter, by tweeting @celebdirtylaund   AND  @USA_Network  and let us know which member of the US Olympic team you are  rooting for most and what is your favorite summer Olympic sport!!

DEADLINE TO ENTER:  Midnight July 12th, 2012 (make sure to include your e-mail address with you entry) – contests is open to U.S. Citizens ONLY.

Disclaimer: Celeb Dirty Laundry has not received any payment or products as a result of this giveaway. We just like giving great gifts away to our readers!