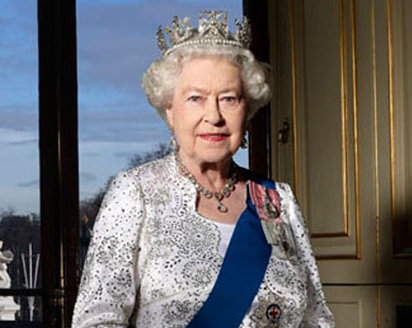 The Queen’s Diamond Jubilee — attended by Kate Middleton, Prince William, Pippa Middleton, and countless other rockstar royals — was by far the biggest royal event of the year. As the celebration and festivities draw to a close, CDL thought it would only be fitting to honor Queen Elizabeth’s 60th anniversary by doing a fantastic giveaway! Nothing says commemoration like a bundle of British films featuring some of the world’s greatest royal stories and literary classics! This prize pack is truly fit for the Queen of England herself!

The prize pack includes 5 DVDs that will excite any royal-watcher or lover of all things Britain: A Wedding of a Lifetime, the documentary telling the story of Kate Middleton and Prince William’s wedding, arguably one of the most important ceremonies of the last decade; Vanity Fair, the BBC production based on William Makepeace Thackeray’s classic novel; Horatio Hornblower; and two Thames Shakespeare Collections, one of which includes Macbeth and King Lear, the other of which includes Twelfth Night and Romeo & Juliette.  Who’s excited? We hope you are!

If you want a copy of Kate Middleton and Prince William’s wedding, among other fabulous videos, enter our contest by doing one of the following things:

1) Place your e-mail in the comments section below along with one question you wish that you could ask Kate and/or Prince William.

Deadline:  The contest will run for two weeks, eventually closing on Tuesday, June 19th. Make sure to enter SOON for your chance to win!

Eligibility:  This contest is open to all USA and Canada residents!

Disclaimer: Celeb Dirty Laundry has not received any payment or products as a result of this giveaway. We just like giving great away great treats to our readers!