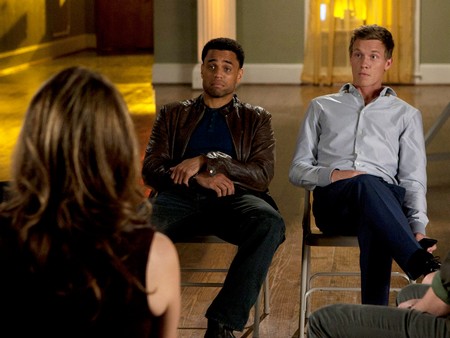 The first season of USA Network‘s hit new original drama Common Law is coming to a close on August 10th, 2012 and it has been an amazing season. Common Law is about two cops with a problem – each other.  Despite their differences, they are incredible detectives. When things come to a head during their “seven-year itch” as partners, their captain forces them into couples’ therapy to save their “work marriage” and the one thing they both love – law enforcement. The 12-episode one-hour series stars Michael Ealy, Warren Kole, Jack McGee and Sonya Walger.

On Friday, July 27th a new episode of Common Law airs called “In-Laws and Outlaws“ at 10/9c – Wes and Travis‘ loyalties are at odds as the mentors who brought them each up the ranks are called in to consult on a high-stakes drug related murder. Seeing each other’s strengths and flaws magnified in their mentors, Wes and Travis come away with a new appreciation for one another. [see sneak peek video of episode below] 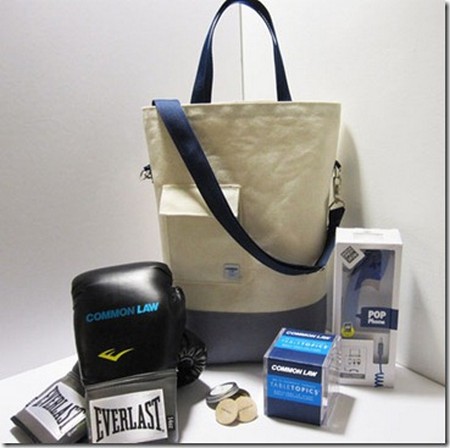 Custom Carryall: Make the most of your partnership with these communication-enhancing items conveniently packed in this sturdy canvas tote.

HOW TO ENTER: All you have to do is comment below and tell us what your favorite moment on Common Law was this season!

You can also gain an additional entry via twitter, by tweeting @celebdirtylaund   AND  @USA_Network  with the hashtag #CommonLaw and tell us what you like about Common Law.

DEADLINE TO ENTER:  Midnight August 10th, 2012 (make sure to include your e-mail address with you entry) – contests is open to U.S. Citizens ONLY!

THE WINNER OF THE CONTEST WAS WADE FROM FLORIDA