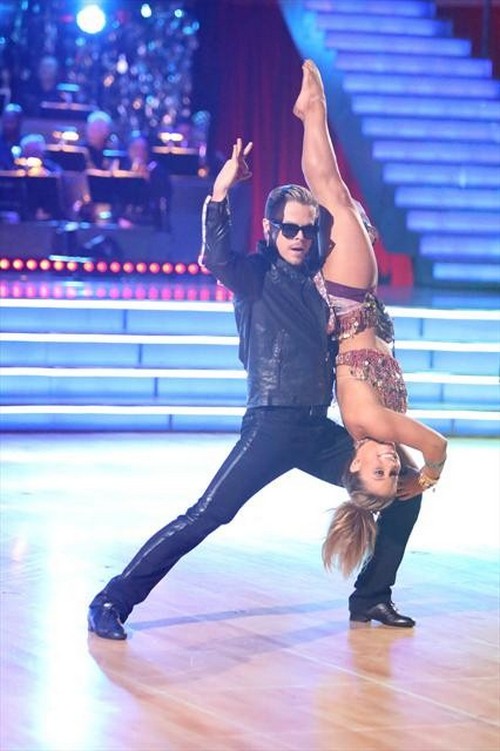 Kelly Monaco and Val Chmerkovskiy – These underdogs have twice scored the lowest of the night during the 15th season. They are currently in 7th place on the leader board with a total of 314.5 points – Emmitt Smith/Cheryl Burke, Sabrina Bryan/Louis Van Amstel, Apolo Ohno/Karina Smirnoff, and Giles Marini/Peta Murgatroyd are all ahead of them on the leader board. Their average score for the season is 26.21 – 3.21 points higher than Kelly Monaco’s average score during the 1st season of the competition; where Kelly Monaco won the competition with professional dance partner Alec Mazo.

Dancing with the Stars is, however, one of the only reality television shows where the points do lie. We know that no matter what happens during the finale, we’ll never, ever be able to predict the winning couple. The clandestine variables usually affect this competition in a mindless and disastrous manner. Nonetheless, Celeb Dirty Laundry is officially going out on a dangling limb and predicting front runners Shawn Johnson and Derek Hough as the winners of the 15th season of DWTS. They are in a league of their own.

Do you agree? Do you think underdogs Kelly and Val might receive the sympathy vote? Do you think Melissa and Tony will slip in unnoticed and take the prize? Let us know your thoughts in the comments below.