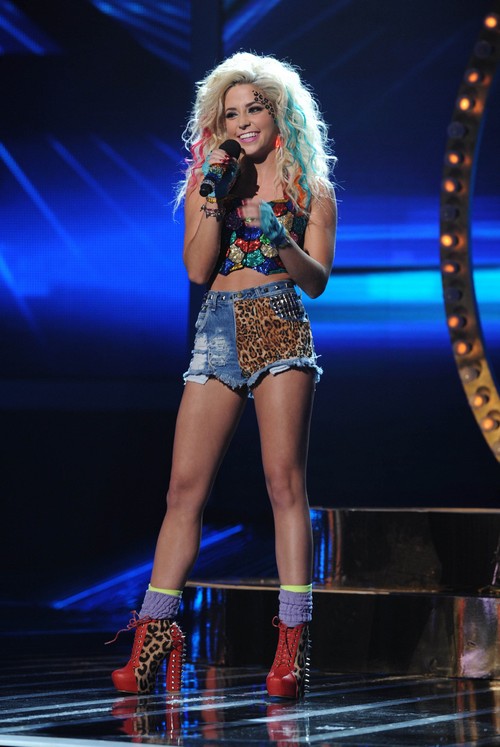 CeCe Frey was eliminated during tonight’s Top 6 elimination episode of The X Factor USA.  If you missed the results show and want to see who else was sent home, we recapped it here for you!

On last night, the top 6 finalists had not one, but two, songs to perform in front of our judges, Simon Cowell, Demi Lovato, Britney Spears and LA Reid. They took on the song that YOU, the fans, chose for their Pepsi Challenge performance as well as an unplugged song that were not reveled until show time.

On last night’s show CeCe Frey – Mentored by Demi Lovato – Unplugged: Edge of Glory – Pepsi Song: Part of Me – For CeCe’s first song, we have to ask, has she ever heard Lady Gaga really dig into this song? It’s vocal ability beyond CeCe’s scope of understanding. Unfortunately, CeCe is not at the edge of glory, she’s at the edge of being voted off of the show. Yes, although her vocals were better than in previous performances, her first song was a below average rendition of one of Gaga’s biggest hits.

Cece’s second song, chosen by the fans, should never, ever be taken on by any contestant on any talent show. Katy Perry is an artist that is auto-tuned to the max, so doing her hit on live television, without lip syncing, is a final death blow to even the greatest of artists. Quite simply, CeCe was absolutely ridiculous. OUR SCORE – 6 for first song, 3 for second song.