Celebrity Reactions To The U.S. Presidential Election – The Good, The Bad and the RuPaul 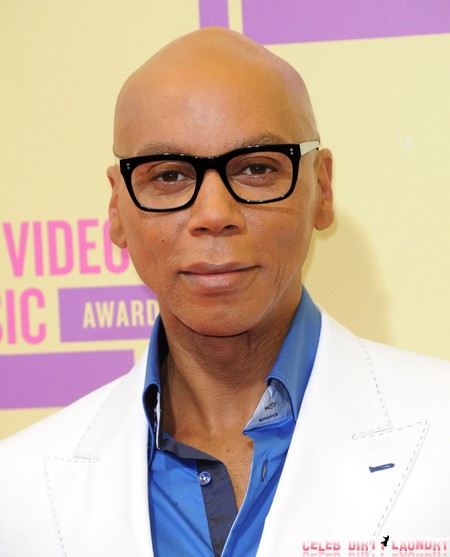 We don’t do politics at Celeb Dirty Laundry. We just don’t. It’s not because we support this or that, it’s because we don’t support this or that. We support celebrities and their dysfunctional lives. We live, breathe, eat, and drink celebrities. However, we cannot sit back and ignore the glaringly obvious fact that the President of the United States was re-elected last night. It’s the second biggest moment in world history – the first being the break-up between Kristen Stewart and Robert Pattinson of course!

In true Celeb Dirty Laundry fashion, we’re not bringing you the left/right/centre/circle politics, we’re not bringing you Rachel Maddow’s quips on MSNBC, nor are we bringing you Fox News’ election graphics. We’re bringing you celebrity-meets-politics, a hybrid of fame whoring and quasi-intellectual one-liners. Below you will find some of the most mind numbingly outstanding Tweets that were sent by celebrities during the election night festivities, including our commentary and poisonous sarcasm.

Eva Longoria – “Me and my friends celebrating! I’m on tears! Moving the country forward!!! Obama!!!” – This exclamation loving former Desperate Housewife couldn’t have possibly known that we were “on tears” last week when Khloe Kardashian poked us in the throat with those nasty nip-nips on X-Factor USA. We’re still gurgling like Bruce Jenner after an overdose of Listerine.

Cher – WE WON ! WE WON ! GREAT GOD ALMIGHTY ! WE WON!! – OMG! Calm down will you? Chaz Bono didn’t win Biggest Loser USA! Oh, right, perhaps if you paid as much attention to your career as you do to politics, you would have realized that no-one really cares about you anymore.

Donald Trump –  “Well, back to the drawing board! He lost the popular vote by a lot and won the election. We should have a revolution in this country… This election is a total sham and a travesty. We are not a democracy! Our country is now in serious and unprecedented trouble…like never before. Our nation is a once great nation divided! The electoral college is a disaster for a democracy.”  – it seems the wigged one is in a panic about the state of democracy!  Coming from such a blowhard bossy boots it’s kind of funny, no? But we are sure that the next round of Celebrity Apprentice will cure what ails us – at least it is guaranteed to stimulate the economy – Trump’s economy!

Justin Bieber – alot of emotions right now. congrats President Obama…Im Canadian. Im good. #FreeHealthcare :) – Oh, Justin, our lovely Justin, what the duck are you saying? We know you’re Canadian and we know there are “alot” of emotions in you – just take a look at this – We gonna party like it’s 3012 tonight/I wanna show you all the finer things in life/So just forget about the world, be young tonight/I’m coming for you, I’m coming for you/Cause all I need/Is a beauty and a beat/Who can make my life complete/It’s all about you/When the music makes you move/Baby do it like you do/Cause… Oh Godiva, how we wish our emotions were this simplistic….

Ashlee Simpson – 4 more years!! #Obama – Leave it to a Simpson to state the glaringly obvious.

It’s open season on celebrities when the US elections roll around, especially when the majority of tweets are filled with wisecracks, silly one-liners, and a penchant for the dramatic. It’s a curious case of madness when these celebutantes speak their minds and use their hoarse voices to speak up about issues that plague the modern world. It’s actually to be admired, as most of these celebrities do not abuse their roles as torch keepers of society, but rather use the platform that was given to them by the Illuminati and the lovely folks at Twitter to release their ideology on an unsuspecting fandom.