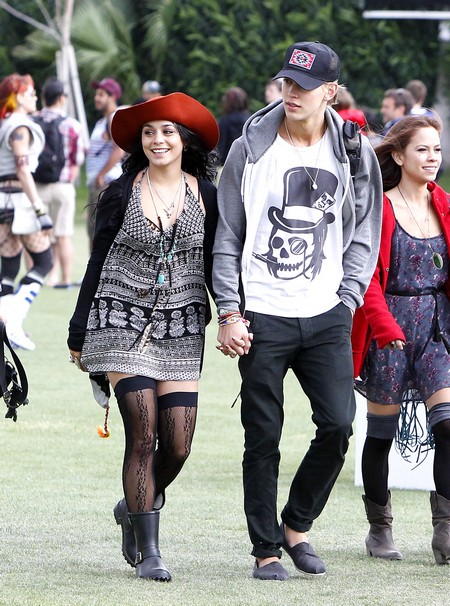 Celebrities flock to the “Coachella Music Festival 2012” in Coachella, California on April 13, 2012.  The festival is located about a 90 minutes outside of Los Angeles.  Coachella attendees are known for their hard partying ways.  The desert music festival  kicked off the first of two weekends of shows on Friday night.

This is the first year the festival has expanded to two weekends.  We managed to get our hands on lots of pics of the celebs in their wacky hippy styled clothes.

Pulp, Girls, Madness, Mazzy Star, Neon Indian and M83 were among the artists playing at Coachella festival.  The event is also knows for being a rite of passage for young bands hoping to make it big.

Established acts are also drawn to the festival, which takes place near Palm Springs, so they can capture the heart of a new generation of young music lovers, California.

Enjoy the pics! Click on the thumbnails below to enlarge 85+ pics of celebs at Coachella Music Festival Weekend 1, Day 1.